Try out Maui's local flavors at the roadside stands, while you enjoy a drive around the island. Some of the commonly available delicacies include banana bread, coconut candies, and smoothies.
The second largest landmass in the Hawaiian island chain, Maui, is known the world over for numerous things; its pristine beauty, its thrilling ambiance, its legends and history, and its seemingly ceaseless supply of alluring beaches, waterfalls, gardens, and attractions―only to list a few. In fact, each part of the island boasts of a unique temperament of its own, which makes it one of the very few places on earth that offer a huge variety of experiences in one small packet. What is even more pleasing about the island is the fact that it is adept with state-of-the-art tourist infrastructure, so much so that almost the entire island can be accessed by a vehicle.
What's more? The island also boasts of world-class resorts and cozy B&Bs, and a fantastic range of water-based activities like snorkeling, surfing, kayaking, sailing, etc. And, for those wanting to explore the land, there are ample opportunities as well―hike the world's largest dormant volcano, take a serpentine route along the famous Hana Highway, or simply get drenched under the waterfalls. Those who are still thirsty for adventure and fun can take one of the sunset cruises, sail to a submerged volcano, and look in the eye of the humpback whales. Apart from all these adventures, Maui is also a foodie's delight who, we bet, will want to spend his/her entire vacation sampling the delicacies on this island.
Planning a Maui Vacation

If you are one of the adrenaline junkies, and are planning a trip to Maui island in the near future, this article will provide you with a few handy tips to do so.
When to Visit
The peak season to visit Maui is between mid-December and mid-April; in particular, the last two weeks of December are jam-packed. If you visit during the peak season, ensure that you book as early as possible, and be prepared for heavy crowds and to pay high prices for accommodations, airfares, and car rentals.


Maui's off-season falls between mid-April and mid-June, and from September to mid-December. This is the best season to visit the island, if you wish to escape the crowds. Moreover, owing to lesser tourist influx, hotels slash their rates in the off-season, and you might also get excellent bargains on airfares and car rentals.

Note: When there are holidays in Hawaii (weekends, etc.), there is an increase in the tourist influx, owing to which it often becomes difficult to procure inter-island airline tickets. Furthermore, despite being the off-season, Maui is crowded, and hotels and car rentals are pricier. To avoid such a scenario, try to be as flexible as possible with your travel dates, and book well ahead.
How to Get There
Maui's main airport is the Kahului Airport, and most inter-island flights from Hawaii's major airports land there.


There are also two general aviation airports on the island at Hana and Kapalua.
Getting Around
There is a shuttle bus service from the airport to some of the island's major tourist spots. There is also a bus system on the island that connects several major centers; however, buses do not take you everywhere around Maui. To sort this out, most tourists opt for private car rentals, which are easily available on the island. There are also counters of some of the major car rental companies at Kahului Airport.

Note: Many car rental companies also offer guided tours around the island. If you are a first-timer in Maui, it is a good idea to take one of these tours, and learn about the island's history and culture.


Popular car rental companies in Maui include Hawaii Car Rental, andBio-Beetle that rents out cars that run on biodiesel.


Apart from hiring your own car and sticking to your own schedule, one of the most popular ways to explore the picturesque scenery of the island is to take a ride on the famous Sugar Cane Train, a.k.a., the Lahaina Kaanapali Railroad, that runs at a leisurely pace between Kaanapali resort area and Lahaina Town. It is a great way to savor panoramic views of the West Maui Mountains and the neighboring islands.
Where to Stay
Maui offers accommodations to suit all kinds of budgets that range from simple but cozy rooms in B&Bs to high-end and budget hotels to lavish, sea-facing condos, and luxurious, all-inclusive resorts.


Added to these, if you are planning a long-term stay on the island, the option of vacation rentals is also available, which will impart complete privacy.

Note: Each type of accommodation comes with its own advantages and disadvantages, so be absolutely sure regarding your needs and wants and only after that, book your stay.


Some of the best places to stay in Maui include the Makai Inn in Lahaina,Hotel Wailea in Wailea, and the Maui Sunseeker Resort in Kihei. Good accommodation choices for budget travelers include the Paia Inn Hotelin Paia, and the Wailuku Guesthouse in Wailuku.
What to Pack
It is pretty warm in Maui, with the exception of upcountry and Haleakala regions. So, carry comfortable summer clothing including a pair of jeans, a few shorts, and a couple of short-sleeved shirts. You may also want to carry a jacket, and a sweatshirt, just in case.


If you wish to go hiking at higher elevations, pack some warm clothes as well, including a sweater and a pair of gloves. Besides, also pack a good pair of hiking shoes and sunglasses.


You can also carry your own trekking gear; however, this can be hired at a reasonable charge in Maui.


If you wish to indulge in activities such as biking down the volcano or horseback riding, you will also require long pants and a pair of closed toe shoes.


Maui's locals generally have a casual approach with respect to their attire, and so (apart from some really upscale places), "dressing up" in Maui may mean wearing a good pair of khakis and an aloha shirt.


Also, carry a pair of flip-flops, a sunscreen, a swimsuit, and medication, if you require any.


Remember that Maui is a very casual place, and traveling light is the key to enjoying your vacation on the island.
What to See
The Haleakala National Park is home to the largest dormant volcano in the world, and you can get fascinating panoramic views of five of the eight major Hawaiian islands from the volcano's summit.


The Wai'anapanapa State Park is known for its black sand beach, a natural stone arch, and a legendary sea cave. It is one of the popular spots for shore fishing, picnicking, and family hiking.


The highlight of the 'Iao Valley State Monument is the 0.6 mile-long paved walk that leads to its most popular spot, the Kuka'emoku, the 'Iao Needle. It is also famous for its botanical garden.


The Road to Hana is a 56 mile-long serpentine road with 620 curves and 59 bridges, leading from Kahului on the island's north coast to Hana on its east coast. En route, one can see several picturesque sights ranging from forested mountainsides to beaches to waterfalls and gardens.


The Ho'okipa Beach Park features one of the most famous beaches in Maui and Hawaii. During summer, it is amongst the best spots on the island for snorkeling with the Green Hawaiian Sea Turtles.


Another major attraction on the island is a natural spectacle known as the O'heo Gulch Pools, commonly referred to as the Seven Sacred Pools. These are, in fact, a series of waterfalls and pools that cascade down from the East Maui Mountains to the Pacific coastline.


The Makena State Park features two of Maui's most fabulous beaches viz., the Oneloa Beach and the Pu'u Olai Beach. It is a popular spot for bodysurfing, surfboarding, shore fishing, and other things that involve waves.


The Lahaina Banyan Court Park, also known as the Banyan Tree Park is a public park in the town of Lahaina. It features, apart from other things, a 137-year-old banyan tree, which has now expanded to over 16 trunks. Currently, the tree covers about one acre of land area.


The Ali'i Kula Lavender Farm is located on the slopes of Mt. Haleakala, and sits at an elevation of some 4,000 feet. One of the important cultural landmarks of Maui, it features an elaborate lavender garden, and offers breathtaking views of the fascinating coastline of south Maui.


The Tedeschi Winery is Maui's only functioning winery since 1974, and one of the must-visit landmarks on the island. It is known for the different varieties of sparkling dessert wines that are manufactured here.
On a concluding note, it is worth mentioning that when you leave Maui for the US mainland, you will have to get all your baggage checked by the USDA inspectors. It is important to know that in order to prevent the spread of fruit flies outside the island, tourists are prohibited to carry fresh fruits on the flight, except pineapples and treated papayas. So, follow the rules, respect the local culture, and make the most of your Maui holiday!
Share This

How to Plan an Affordable Trip to Santa Barbara

Things to Consider Before Moving to Hawaii

Tips to Get Cheap Airline Tickets to Hawaii 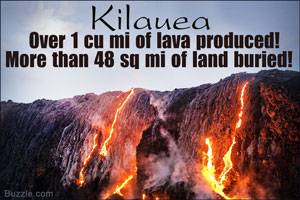 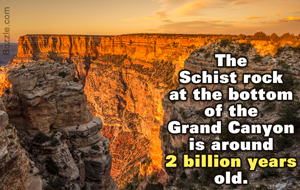 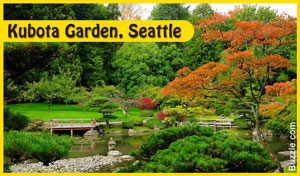 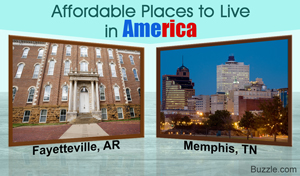 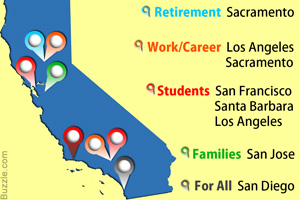 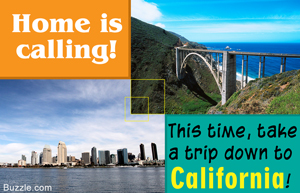 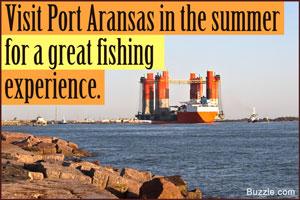 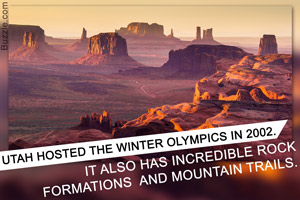 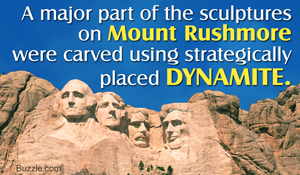 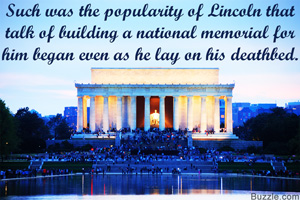 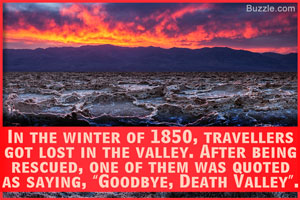 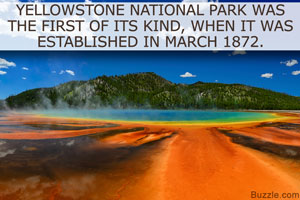 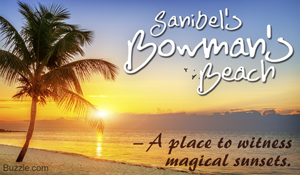 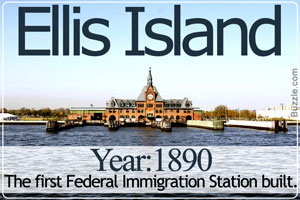 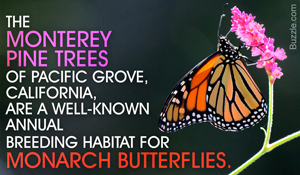 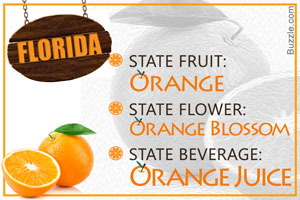 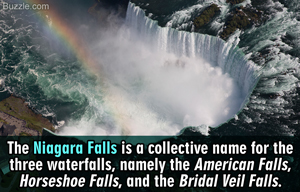 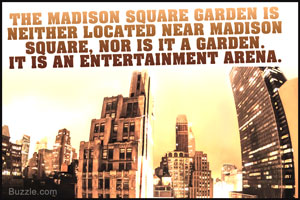 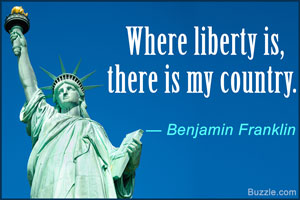 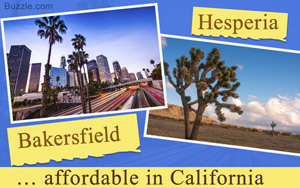 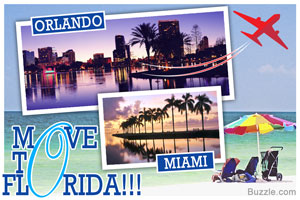 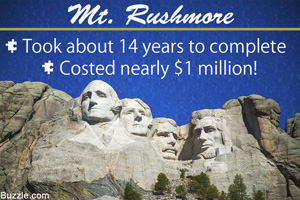 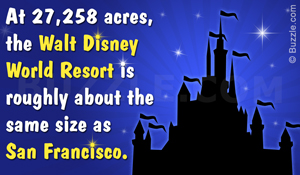 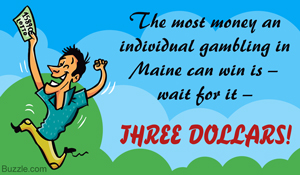 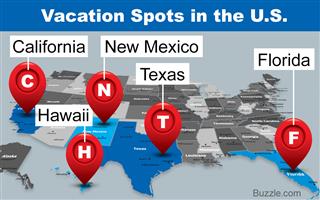 Vacation Spots in the United States