The Grand Canyon Skywalk is one of the major tourist attractions of Arizona. Read the following article to know more about this amazing place. 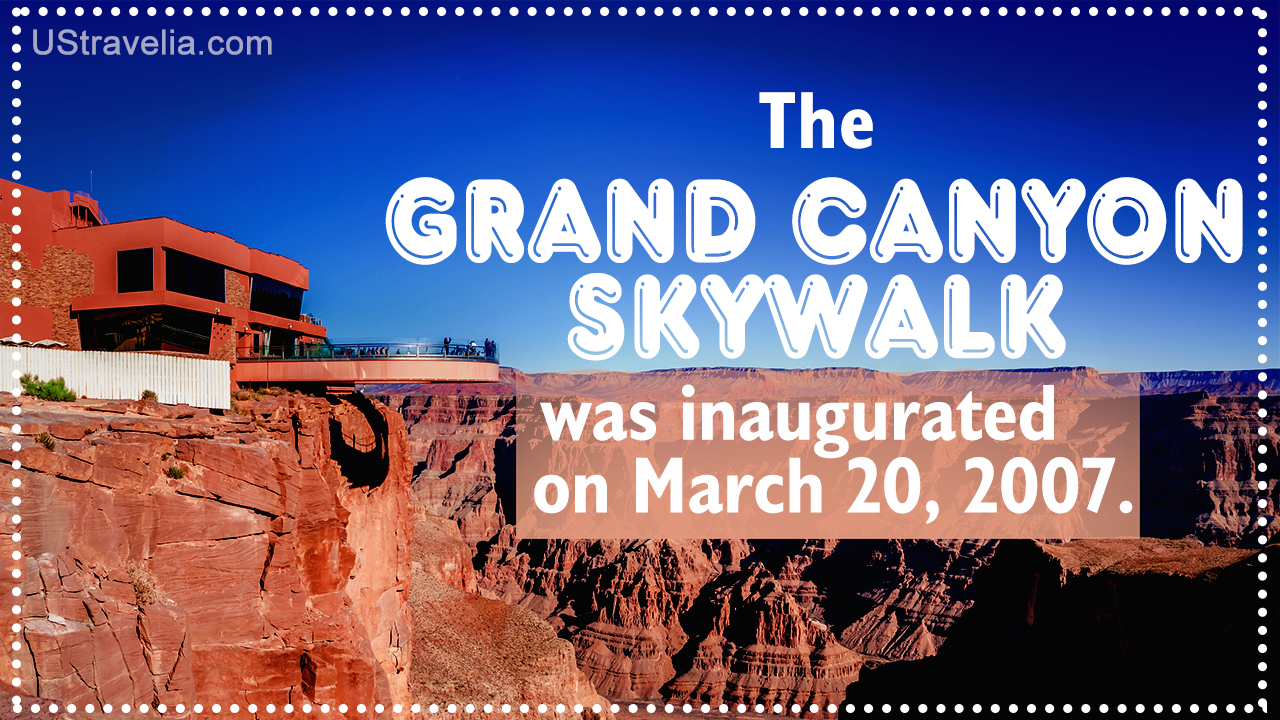 The Grand Canyon Skywalk is one of the major tourist attractions of Arizona. Read the following article to know more about this amazing place.

The Grand Canyon is one of the premier tourist attractions of the world, located in Arizona. The Grand Canyon Skywalk is a horse-shoe shaped glass bridge on the edge of this canyon, 4000 feet above its floor and the Colorado river. It is considered to be the highest man-made structure in the world, and it provides its visitors a 720 degrees view of the canyon. David Jin, an American Chinese businessman, is the founder and the creator of this architectural marvel. The structure is owned and operated by the Hualapai Indian tribe. This tribe owns around one million acres of land in the canyon’s west rim. The construction of this bridge began in March 2004, and it was opened to the public on March 28, 2007.

A Tour to This Skywalk

It is located around 120 miles away from Las Vegas and can be accessed by road from Kingman, Arizona, or from Las Vegas. Various tour packages are available that provide access to the place through airplanes, helicopters, and even boats and buses. Visitors can access the place from dawn to dusk, and they are charged a fee of around USD 75 per person. It includes the USD 45 fee, for being on Hualapai lands, and a USD 30 fee for a coach ride to the skywalk plus two other sites. Reservations to access it can be made in advance. This tourist spot is visited by over 2000 people daily, and around 120 visitors are allowed on this bridge at a time. The floor is built of a four-inch thick glass, and visitors are provided with shoe covers to protect these floors from scratches. To the left of the skywalk is the Colorado river, and to its right is the “eagle point”. Photography, and carrying of any equipment by visitors are prohibited, but there are photography stations installed, and visitors can purchase photographs at gift shops.

A tour to this place is usually combined with visits to the nearby tourist sites like the Guano Point, Grand Canyon West and South Rims, Hualapai Indian Nation’s Tribal Park, Lake Mead, and Hoover Dam. The tour packages offered include helicopter tours, airplane tours, self-drive tours, native American performances, and spectacular views of this canyon.

Due to the overwhelming response that this skywalk has received from visitors, efforts are being made to increase the resources available for them. For example, the number of coaches and the ticketing counters are being increased, and more restrooms are being made available to visitors. The revenue generated is very essential for the Hualapai tribe, as they are facing major poverty and unemployment issues. They hope to bring in at least 600,000 visitors a year, so that funds worth USD 15 million can be raised.