Stevens Point Brewery in Stevens Point, Wisconsin is a great brewery and a great vacation destination for those looking to stay in the Midwest. 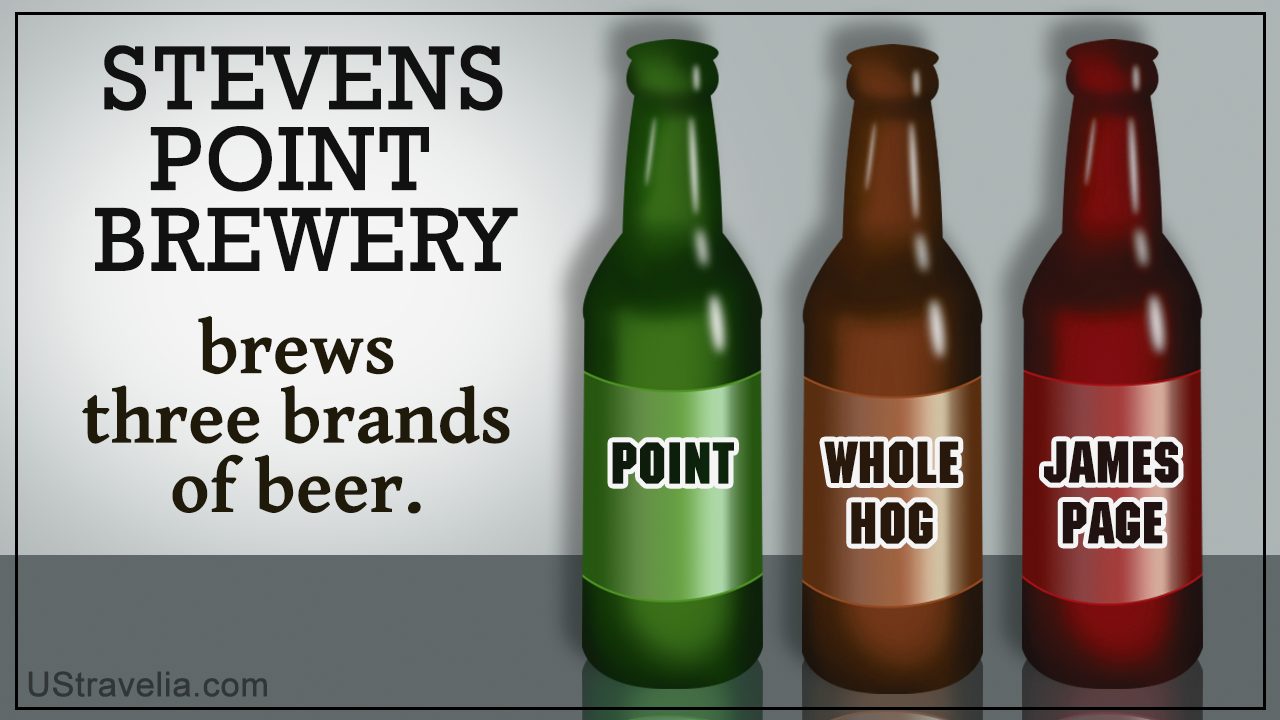 Stevens Point Brewery in Stevens Point, Wisconsin is a great brewery and a great vacation destination for those looking to stay in the Midwest.

If you live in or near Wisconsin, you have probably heard of Point Beer from Stevens Point Brewery. Point Beer is served especially around Wisconsin, but sometimes you can find it in surrounding states too. All the varieties of beer are delicious, and the brewery offers tours for visitors that showcase the rich history of the brewery, as well as allow you to taste the beer when the tour is over.

Stevens Point Brewery was established in 1857 by Frank Wahle and George Ruder. It was in this year that the pair started to brew Point Beer. When the Civil War started, they stayed afloat by providing beer to the soldiers, a welcome addition to the battlefield. The brewery was one of the few in the United States that was able to survive the 1920s’ during which Prohibition prohibited the creation and sale of alcohol. They were able to do this by creating new flavors of soda and root beer, items they still offer their customers to this day. In the Great Depression, the Stevens Point Brewery was also able to survive, despite most of Wisconsin’s 80 breweries going out of business during that time. By 1990, Point Beer was available outside Wisconsin, for people to enjoy all over the Midwest. They continued to produce beer today, and people come from all over for tours of the historic facility.

When you first pull up to Stevens Point Brewery, it seems like you are pulling up to a very small facility that sort of looks like an old house. Appearances are deceiving. As you walk through the building, you can see state-of-the-art technology and you learn all sorts of interesting facts about the brewing of the beer and the historic aspect of the site. Furthermore, you are met at every step of the way with the scents of brewing beer – something that will entice even the most skeptical beer drinkers. You do need to book the tour date and time before you get there, and they do fill up, so be sure you call ahead so you do not miss this exciting experience.

Stevens Point Brewery brews three brands of beer: Point, Whole Hog, and James Page. Some of them are available year-round, and some are seasonal. The Point beers that are available are: Special Lager, Classic Amber, Cascade Pale Ale, Belgian White Wheat Ale, Horizon Wheat, 2012 Black Ale, Einbock, Nude Beach, Oktoberfest, and St. Benedict’s Winter Ale. The Whole Hog beers that are brewed by the brewery are: Raspberry Saison, Russian Imperial Stout, Six-Hop India Pale Ale, Imperial Pilsner, and Pumpkin Ale. The James Page varieties available are: Iron Range Amber, Burly Brown, Voyageur Extra Pale Ale, and White Ox Wheat Ale. This list is huge, and does not include their non-alcoholic options. A full list of available beverages is posted on their website, and updated each season.

Things to do in Stevens Point

While you are in Stevens Point, be sure you visit some of the surrounding areas and take advantage of the activities available to you. There are miles and miles of trails through wooded areas that are absolutely gorgeous. You can hike these trails or rent bikes very cheaply and ride through the trails. Just be sure you get a map first so you don’t get lost. There are also plenty of bars and great shops in the downtown area, as you would expect to see in any college town. Don’t forget to check out a show on the UW-Stevens Point campus, as well.