These Top 10 Shelling Beaches in the US are Pure Goldmines

Avid shell collectors are always on the lookout for different beach destinations to fulfill their hobby. UStravelia gives you a list of the topmost shelling beaches in the United States. 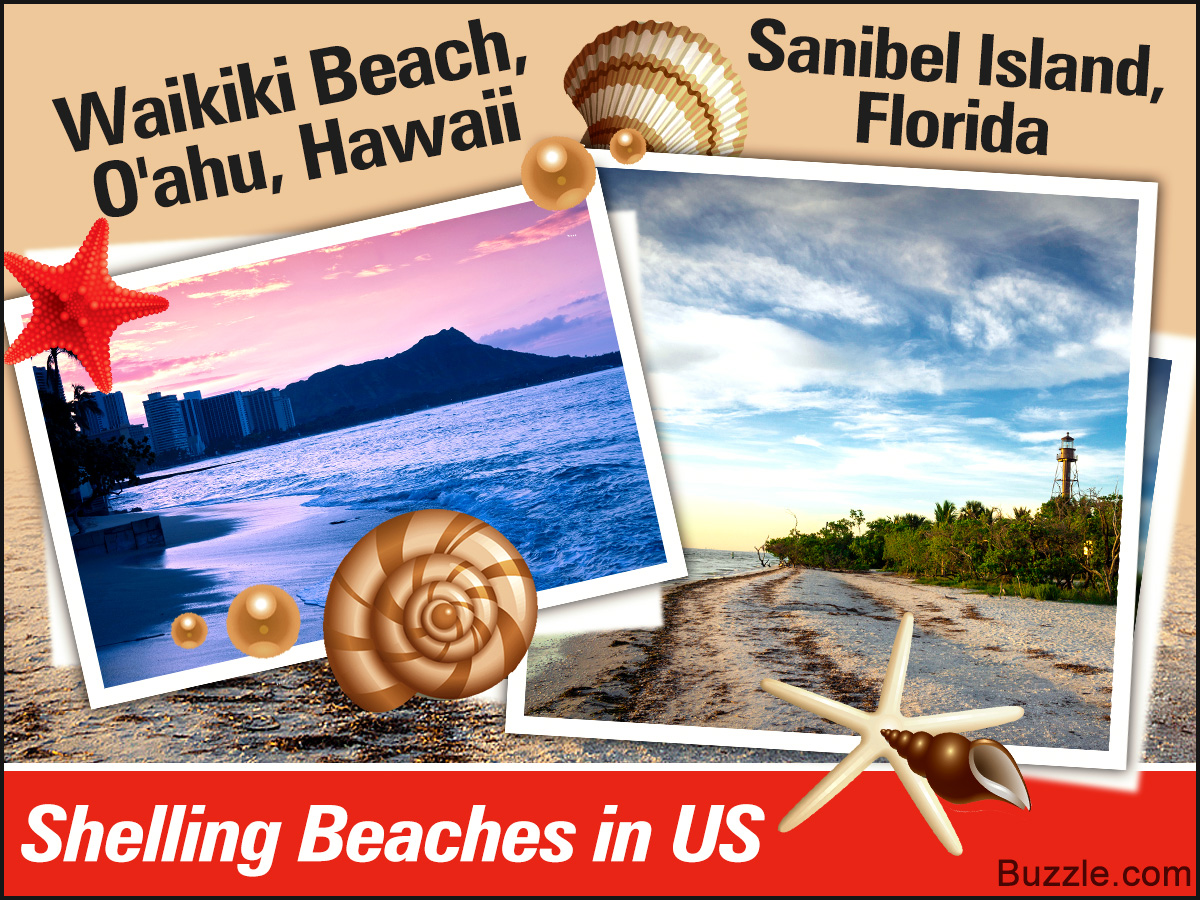 Avid shell collectors are always on the lookout for different beach destinations to fulfill their hobby. UStravelia gives you a list of the topmost shelling beaches in the United States. 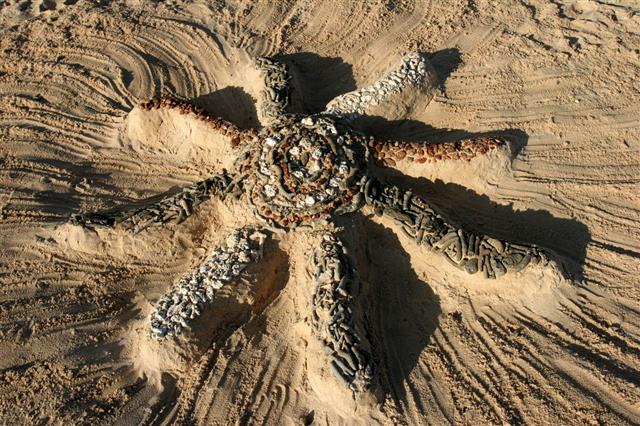 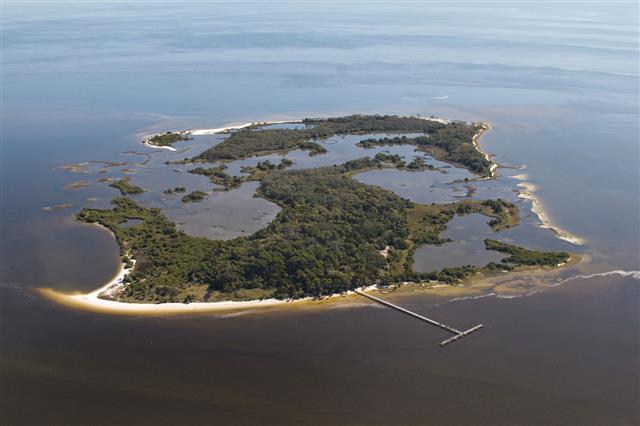 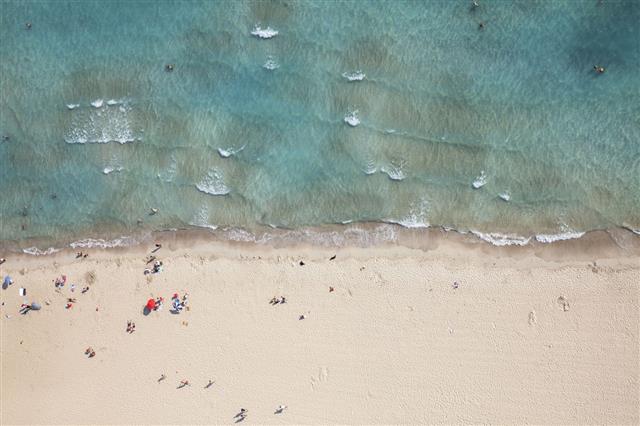 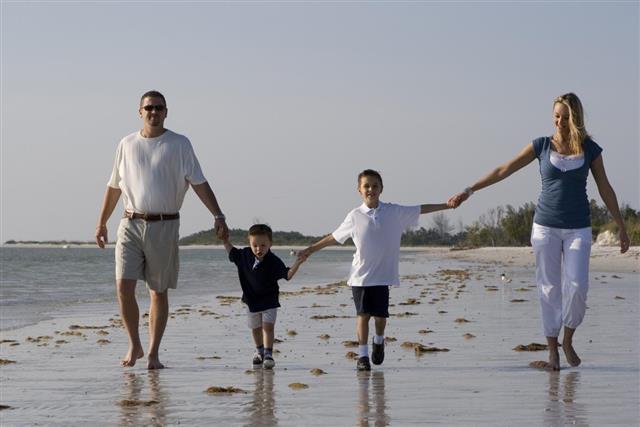 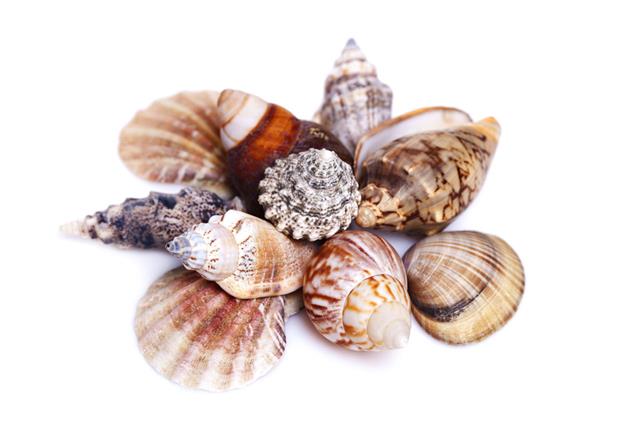 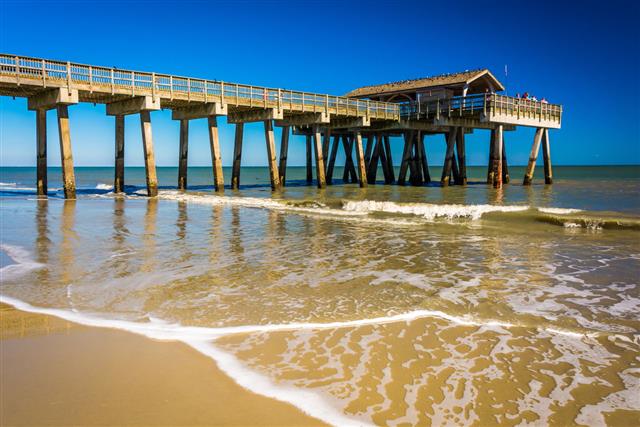 Bad weather never deters a true shell collector. It is observed that the best catch is usually made following a nasty storm.

Those who pursue shelling as a hobby describe it to be a sublime and spiritually uplifting experience. And why not? It involves long walks on serene beaches, avidly screening the sand to find the natural treasures that the ocean deposits on the shore. From sand dollars to tiny coquinas, it takes a trained eye to spot these gems in the sand.

If you happen to be new to this hobby, these few places are considered to be goldmines for shellers. 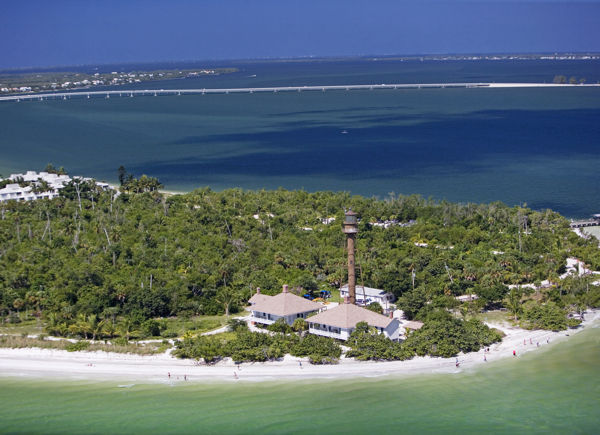 An absolute hotspot from a sheller’s point of view, Bowman’s Beach on Sanibel Island is the place to be. Collectors come here to find a rather prized junonia, which is a twisted cone shell with markings like a giraffe’s spots, and is pretty beyond reason. Every year in March, there is a Sanibel Shell Fair & Show, which sees collectors from all over the country showcasing their precious collections. The Bailey-Matthews Shell Museum here is also a must-see. 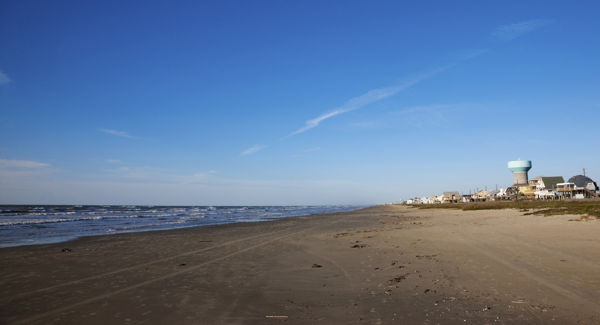 The general consensus in the shelling community is that the Gulf coast beaches carry quite a stellar reputation when it comes to the best collections. Galveston Island, therefore, is no exception. The tiny island’s western end is a haven for shell collectors as they flock here to gather Hay’s Rock shells, lightning whelks, murex, marsh snail, moon snail, zebra periwinkle, as well as different kinds of clams and scallops. Post-winter is perhaps the best time to visit Galveston, with the best catch coming to those who hit the beach early in the morning. 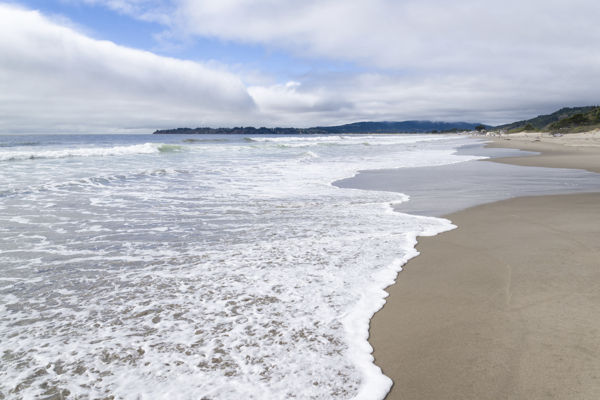 Obviously not in the league of the Gulf coast beaches, the Pacific coast does have a few shelling spots. Stinson Beach, located a few miles north of San Francisco, happens to be one of them. Limpet shells and sand dollars are commonly found here, as are starfish and sea anemones. Bolinas Lagoon, situated at the northern end of Stinson Beach is also a good spot for shelling. 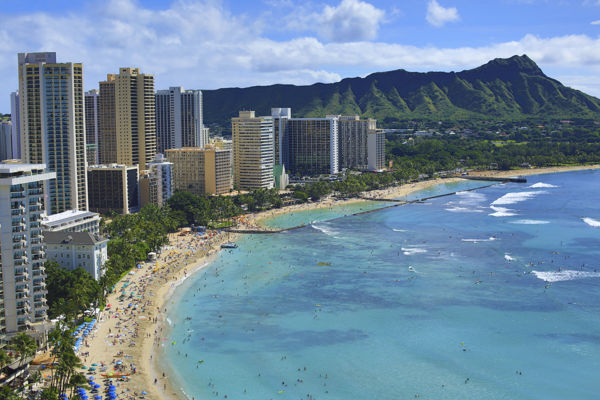 Hawaii’s allure lies in the fact that it’s a tropical island, so the catch here has a quality of uniqueness about it. Seashells form an integral part of native Hawaiian culture, and the locals make use of them for a variety of reasons. Cone shells, including the Hebrew Cone, the Spiteful Cone, and the Golden Yellow Cone are widely found on Waikiki Beach. The Swollen Bubble, Adam’s Bubble, and Paper Bubble found here are often used in jewelry making. 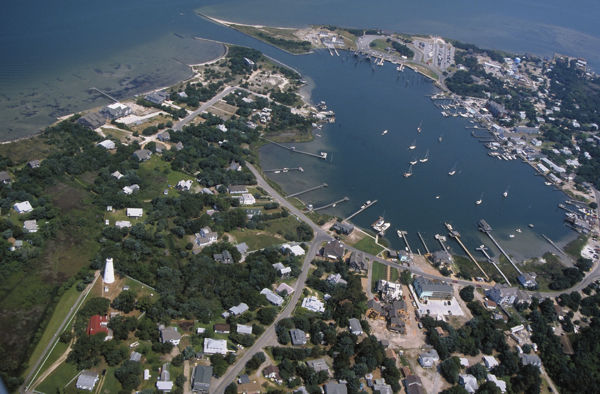 Ocracoke Island’s beauty lies in its isolated ruggedness, which means that shell collectors mostly manage to get the beach all to themselves for indulging in their favorite pastime. People come to the North Point to find tiny, butterfly-like coquinas, Scotch bonnets (quite rare), sand dollars, whelks, baby’s ears, and cowry helmets.

Mount Rainier in the distance dots the landscape of Puget Sound. Puget Sound’s oldest lighthouse is also what attracts people to this beach. The low tide brings in dog winkles, limpets, and not to forget the geoducks, which are the largest burrowing clams. Another plus is that you can rent the lighthouse keeper’s home, and enjoy a cozy stay by the seaside. 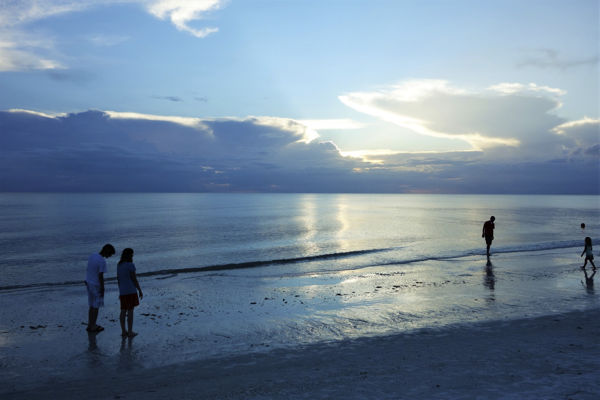 The Gulf of Mexico is kind to these islands, especially when it comes to the quality and variety of shells that wash ashore. The shelling hotspots on the island are South Beach or the northern end of Tigertail Beach. Your prized finds here will include lion’s paws, moon shells, lightning whelks, and coquinas. The best catch is usually made a couple of days after the northwesterly wind, and of course, during a low tide.

The weird part about Point Roberts is that it is accessible only through Canada or by crossing Boundary Bay, despite being a part of the United States. The water here is clear and beautiful, and is perfect for an afternoon swim. Shelling enthusiasts will find a plethora of starfish, sand dollars, along with crabs, oysters, and clams. Besides shelling, the sheer serenity of the beach is something that is sure to stay with you for a long time to come. 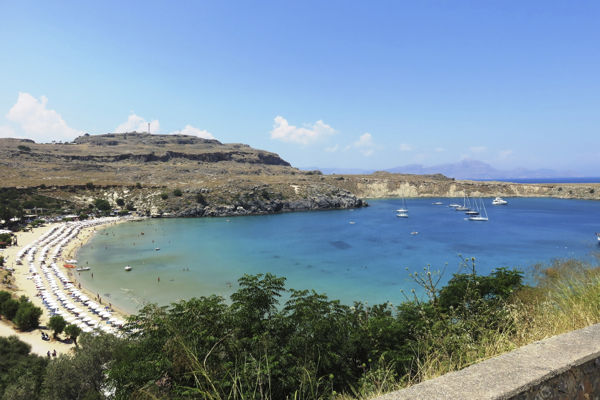 The strong currents at the Shipwreck Beach may not make it an ideal spot for swimming, but it remains a fabulous location for shelling, nevertheless. You’ll find a nice mix of treasures here, including corals, violet snails, leopard cones, imperial cones, sea slug shells, and textile cones (which get their name from the cross-hatched pattern of browns as seen on Polynesian fabric designs). So, if you’re looking to diversify your collection, this is where you should be heading to. 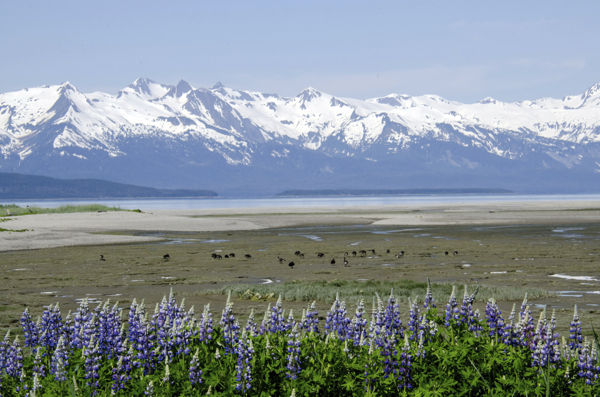 Shelter Island sees a lot of hip New Yorkers flock to its shores in the summer months to soak in the sunshine, swim, surf, and basically, relax. The Crescent Beach here is a big hit with the party crowds, so if you’re looking for some peace and quiet, head a little further down the shore. This is where you’ll find those translucent orange and yellow jingle shells or mermaid’s toenails that are so pretty, along with large spindles, snails, and scallops.

Shelling is a hobby that is bound to take you to the four corners of the country, looking for the most unique treasures that the ocean leaves us. So, without a moment’s delay, head to the destination of your choice. 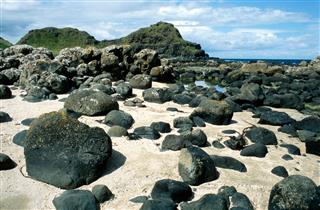 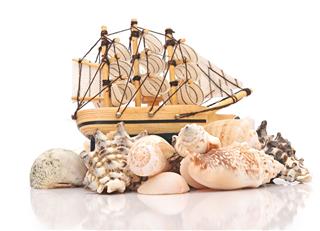 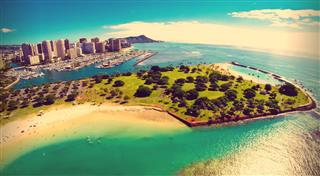 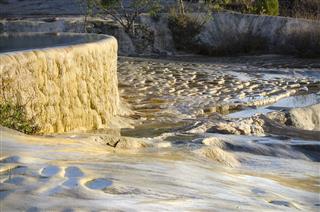 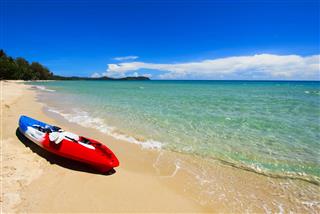 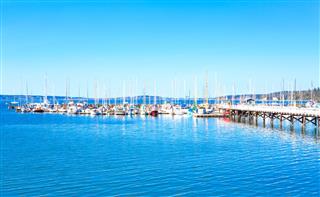