Cheapest Places to Live in America to Make Your Stay Affordable

Every village, town, and city has its character that attracts or repels an individual. Most often, it is the need that makes a man think about relocating. 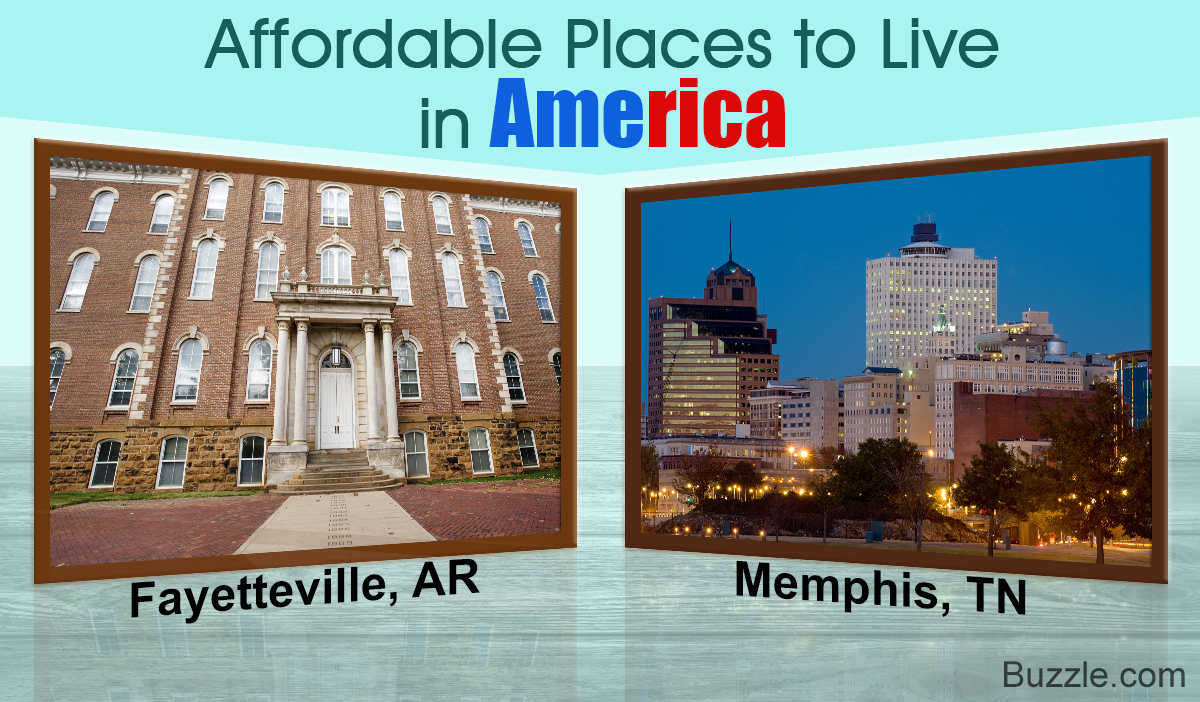 Every village, town, and city has its character that attracts or repels an individual. Most often, it is the need that makes a man think about relocating.

Every year, research centers and organizations evaluate statistics produced in the first three quarters, and come up with ‘cost of living’ graphs for that particular year. These graphs or indexes are determined taking into consideration certain parameters. These parameters are calculated in specific percentages and then compared.

Parameters Considered by the Council for Community and Economic Research

10 Cheapest Places to Live in America 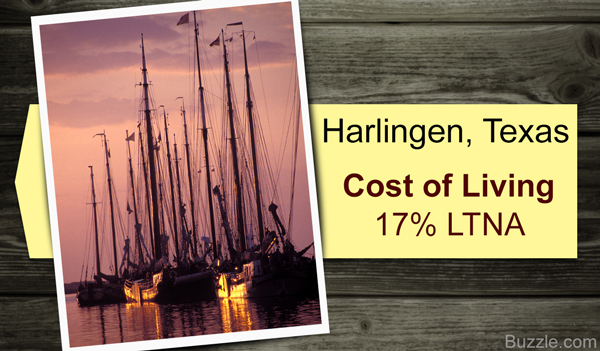 Situated in Cameron County, south of Texas, Harlingen is the chief city of the Brownsville-Harlingen metropolitan area. Most of the population here is of Hispanic origin, given the fact that it is so close to Mexico.

Not only is Harlingen the cheapest place in America to live in, the cost of groceries, transportation and healthcare it offers is also lower than national average. The city sees an increase in population during the months of November to March, as people come down from Canada and other Midwestern states for the winter. 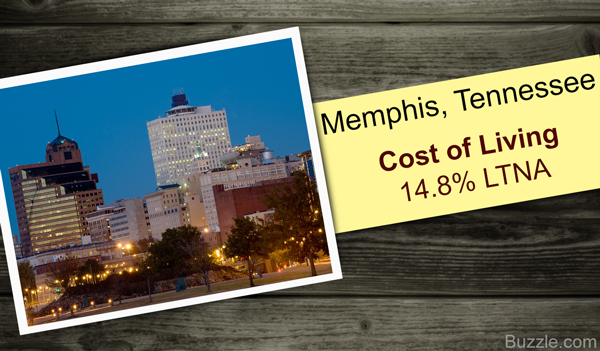 The largest city in the state of Tennessee, Memphis is considered one of the best places to relocate to, given the current state of recession and unemployment. However, it is very important that you come here with a ‘plan’, which means with a job in place.

Though the city makes a usual appearance as one of America’s most dangerous cities, the crime rates are slowly going down. Turning into a Memphian has its own advantages. The city is home to 3 Fortune 500 companies. Culturally strong, the city is also home to some great universities and colleges.

McAllen, known for its cheap living costs, is definitely going to provide you some solace in an otherwise inflation-affected world. Featuring in many such lists, this city is fast being considered as a haven for retirees. Even the costs of housing and groceries are one of the lowest.

However, what poses a huge problem, is the fact that income here is really low. Add high poverty to this, and you understand your barriers. 36% people live below the poverty line here, according to the United States Census Bureau. 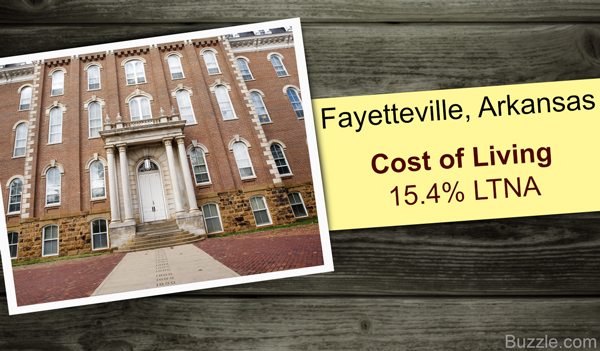 Fayetteville is a great choice if you wish to relocate with your family. It is said that unemployment here is below national average and this can be credited to its local economy which is self-sufficient, secure and offers great opportunity.

Fayetteville was named one of the ‘Best Place in America for Businesses and Careers’ by Forbes in 2010. Also, the renowned University of Arkansas is based here, giving your children scope for educational excellence.

The Fayetteville-Springdale-Rogers area was ranked second by Forbes, for recovery from recession caused due to the financial crisis of 2007-2008. Economists see a lot of potential in this city, but whether it stands the test of time…well, only time can tell. 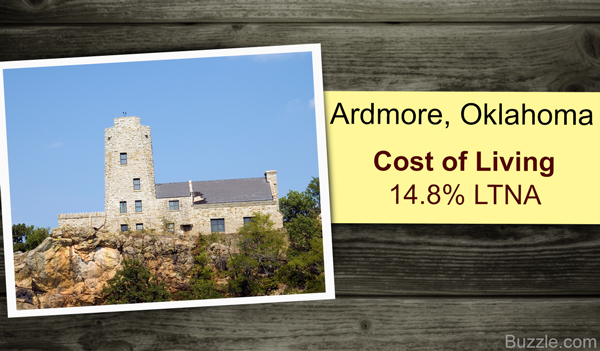 Ardmore is known for much more than just its low living costs. A city located in Carter County of the state of Oklahoma, Ardmore collectively offers business opportunities, travel experiences, and cultural recreation.

Ardmore is one of the most oil-rich cities in the United States, a reason why it experienced sudden development.

This sudden development brought down unemployment, which is lower than the national average. Jobs are on the rise, with Michelin North America and Mercy Memorial Health Center being top employers. If the cost of living here would have been a little cheaper, Admore would have definitely topped this list.

Known as the Wildflower Capital of Texas, Temple was built as a railroad junction and got its name from one of the chief engineers associated with its formation. Situated in central Texas, it is located 65 miles from the state capital and from most other main cities in the state.

Together with low cost of living and above average quality of life, Temple is also a well-known healthcare center. It is not surprising that Scott & White Memorial Hospital is the biggest employer here, hiring approximately 12,000 employees. Also, it has higher number of physicians per capita than anywhere else in America.

The groceries in Temple are an astonishing 18% lower than national average.

Though the median household income is more than the rest of the cities mentioned here, the unemployment rate stands at 8.3% with a shocking 12.5% population below the poverty line, according to the 2010 census. But then again, this 12.5% also includes people under 18 years of age and those above 65.

As you enter Ashland, a welcome sign that says ‘The World Headquarters of Nice People’ surprises you. With extremely low crime rates, Ashland is indeed a nice, happy place. Of course, the cost of living is low. It could have, however, been lower had healthcare and transportation been a little lighter on the pocket.

Expenditure per student in schools is also lesser than the national average. There are several parks and the city is also credited with the title of ‘Tree City USA’. However, a negative aspect of Ashland, is the job scene; jobs have been on a gradual decrease.

Known as the ‘City of Colleges’, Conway is the 7th most populated city in the state of Arkansas. A part of Faulkner County, it has always been known as a city with low living costs. Apart from being featured in ‘Cheapest Places’ lists, the city is also known as one of the best places to retire and also for great business opportunities.

The growing economy of this city adds to other positive aspects of relocating here. The biggest employers here, are Acxiom Corporation and University of Central Arkansas, hiring around 2,000 and 1,500 employees respectively.

One thing you must note, is that according to 2010 census, 16.3% of the population of Conway lives under the poverty line. However, the city makes up well for these shortcomings. It provides residents with a good quality of life and the cultural recreation available here is said to be the best among all the cities mentioned in this list.

One of the biggest steel producers in America, Pueblo is a city in the state of Colorado, situated roughly 100 miles away from its capital, Denver. It is the 246th most populated city in the country, but one with the cheapest living costs. Astonishingly, the housing costs in this city, are approximately 30% lower than the national average.

Recreation in the city is good, with most of the state’s cultural activities centered here. Also, Pueblo sees less snow as compared to other chief cities in the state. And then of course, there are no costs, high or low, for the natural, magical environment in and around the city.

However, the two negatives, Pueblo has, are the high unemployment rate, and the crime rate, which happens to be higher than the national average.

Pryor Creek is famous as the home of MidAmerica Industrial Park, America’s largest rural industrial park. However, not many know that it is also famous as a city with extremely low living costs.

Unemployment is a little high than what is expected. Another negative point is poverty, with 13.6% people of Pryor Creek living below the poverty line. Crime rates are higher than the national average, but are on a gradual decrease. Housing has seen considerable appreciation in this city.

These were the 10 cheapest places to live in America, based on parameters mentioned. While cost of living and quality of life are two different aspects one should consider before relocating, in the current scenario, finances do play a larger role. Think about the negatives too, such as unemployment and poverty, to finally zero in on one place that works.