Here are some interesting facts about the Great Salt Lake situated in the state of Utah.

Here are some interesting facts about the Great Salt Lake situated in the state of Utah.

In terms of size, the Great Salt Lake is the 37th largest lake in the world, the 4th largest terminal lake on Earth, and the largest lake located to the west of Mississippi River. It is situated in the state of Utah in the United States of America. Because of its shallowness, the size of the lake fluctuates considerably. However, it usually covers about 1,700 square miles of area in an average year. For example, it reached its historical size of 3,300 square miles in 1987, whereas in 1963, it was at its smallest recorded size at 950 square miles.

The Great Salt Lake is basically the remaining portion of a larger lake that existed in prehistoric times, known as Lake Bonneville. During the time when this lake was at its largest size, it was almost as large as Lake Michigan, and considerably deeper too. It covered an area approximately ten times more than the Great Salt Lake, and was more than a thousand feet deep. During the Great Ice Age, or the Pleistocene epoch, it covered large potions of today’s Utah, as well as smaller areas of Nevada and Idaho. With climate changes occurring, that lake started to dry up, thus leaving behind the Great Salt Lake, Little Salt Lake, Rush Lake, Sevier Lake, and Utah Lake as its remnants.

The saltiness of the lake is due to it not having an outlet. The tributary rivers that feed it bring along salt that is in their flow of freshwater. On emptying into the Great Salt Lake, the evaporation of water results in salt being left behind. Three major rivers, the Bear River, the Weber River, and the Jordan River, along with a number of smaller streams, feed the Great Salt Lake.

The Lucin Cutoff, which is a railroad line, traverses across this lake. The lake is divided into three parts ― the southern arm, the northwest arm, and the northeast arm ― by the causeway that supports the railway. As there are just three breaches measuring 100 feet, it prevents the lake waters from mixing normally. Since the northwest arm of the lake, the Gunnison Bay, is fed by just a few small streams, it has resulted in this portion of the lake becoming considerably saltier compared to the rest of it.

Due to the lake being too saline, it is practically uninhabitable for all except a few species, such as various types of algae, brine flies, and brine shrimp. It is estimated that the population of brine flies in the lake is more than one hundred billion, and they form the main food source for many of the migratory birds that visit the lake.

The salt- and fresh-water wetlands that occur along the northern and eastern edges of the lake make a vital habitat for the millions of waterfowl and shorebirds that migrate to this region. These marshy areas make up about 75% of Utah’s wetlands. Some of the species of birds that are dependent on these wetlands are the bald eagle, peregrine falcon, eared grebe, California gull, white-faced ibis, American white pelican, tundra swan, long-billed dowitcher, western sandpiper, snowy plover, marbled godwit, black-necked stilt, American avocet, red-necked phalarope, Wilson’s phalarope, along with a huge numbers of geese and ducks.

Salt Lake City, which is the capital of the state of Utah, has been named after this water body. In fact, it was originally called the Great Salt Lake City. 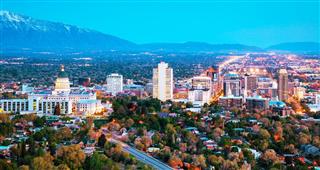 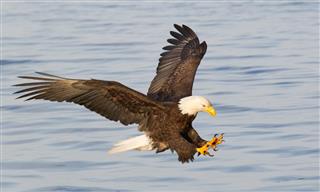 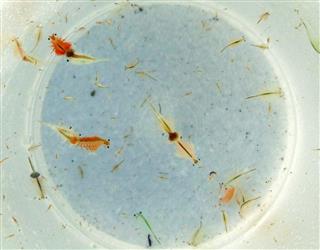 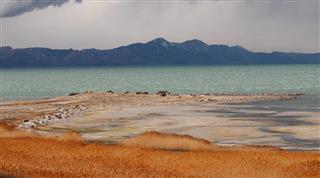