Facts About Maine That are Too Interesting to Ignore

From beautiful coastlines to the green forest cover, the State of Maine has many things in store! Read some interesting facts about Maine, which will give you a glimpse into this amazing place.

Home / Uncategorized / Facts About Maine That are Too Interesting to Ignore 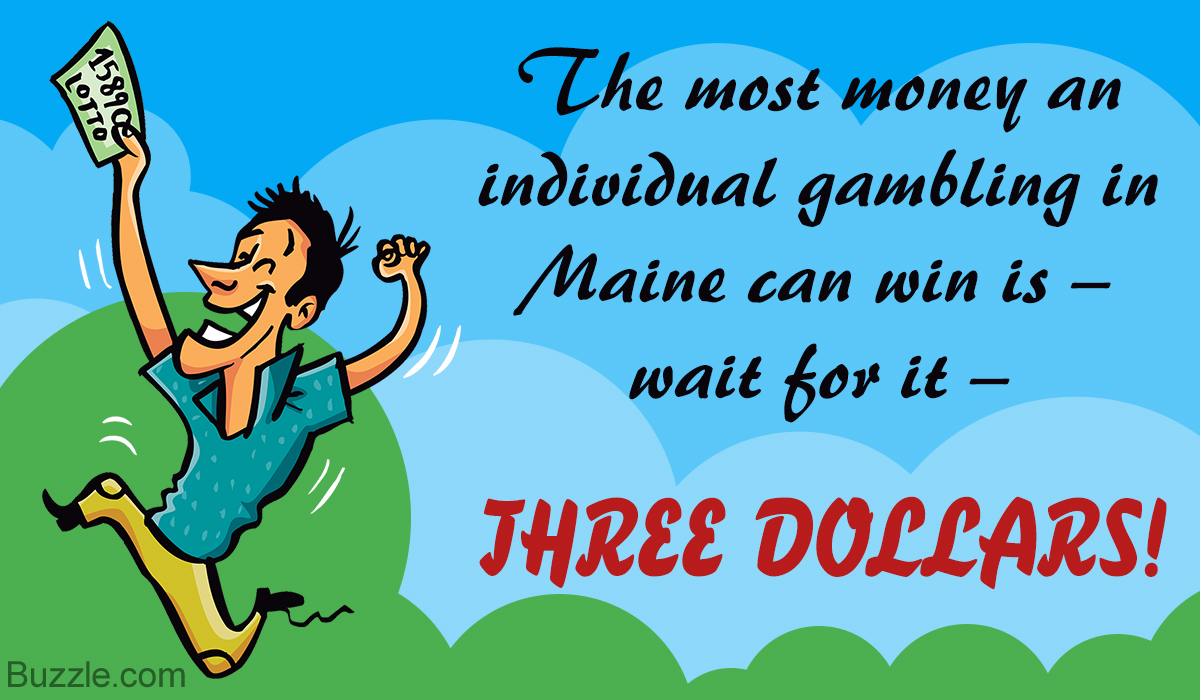 From beautiful coastlines to the green forest cover, the State of Maine has many things in store! Read some interesting facts about Maine, which will give you a glimpse into this amazing place.

Maine can well be called the jewel in New England’s beauty-studded crown. It is not called the vacation state without a reason. The state has a wealth of beautiful scenery, and its beauty comes out in full force during the spring, summer, and autumn seasons. Maine’s old-world architecture, quaint coastline, town-like cities and obligatorily-worth-a-visit forest parks make it a heaven. This state finds a mention in many books of great repute, and has also been the setting for quite a few Hollywood films. 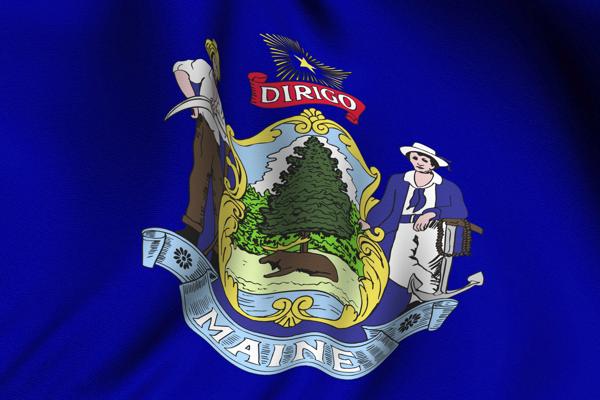 Motto: Dirigo (Latin for “I Lead”) 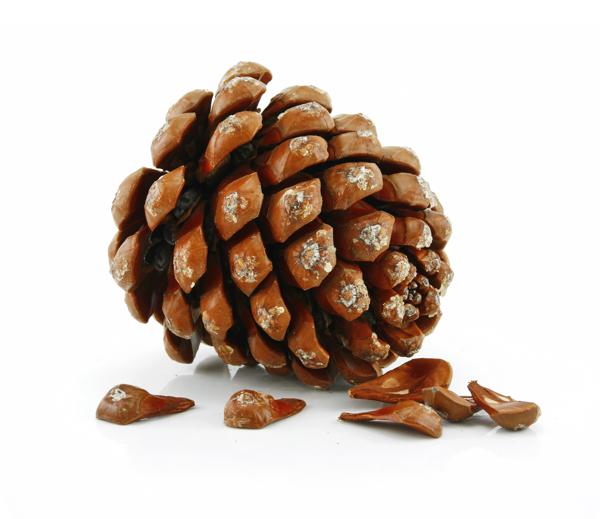 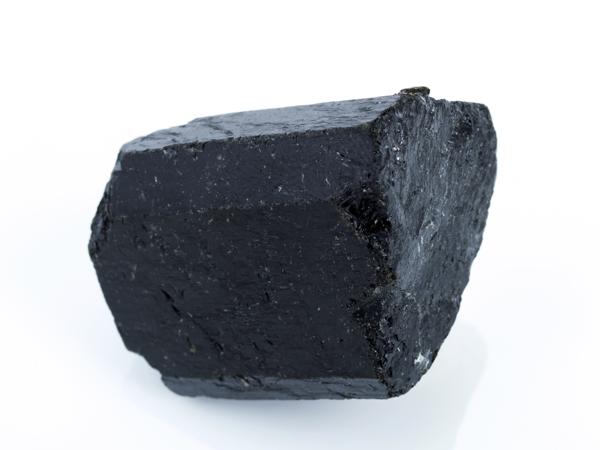 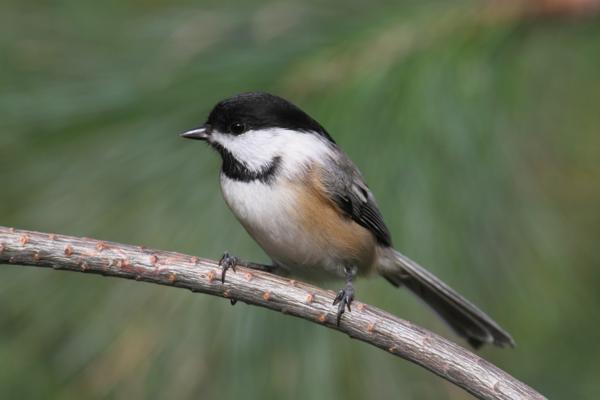 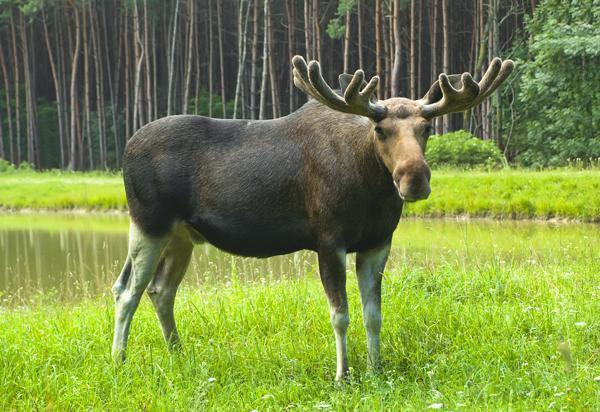 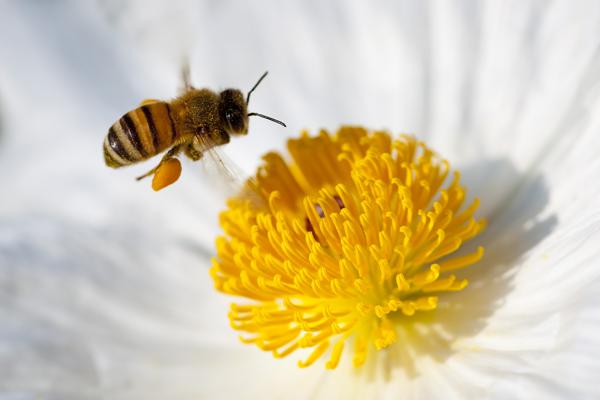 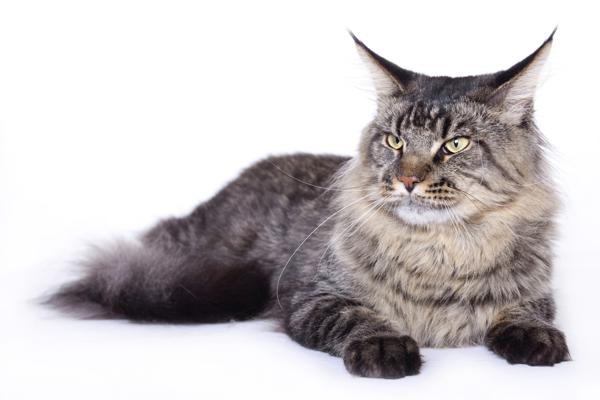 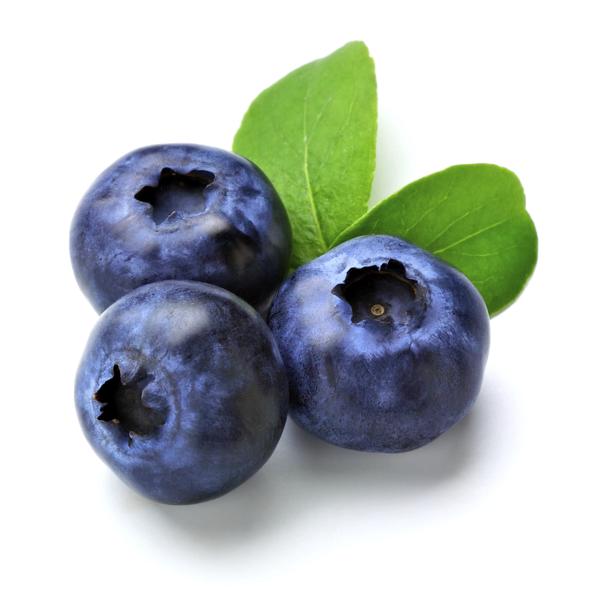 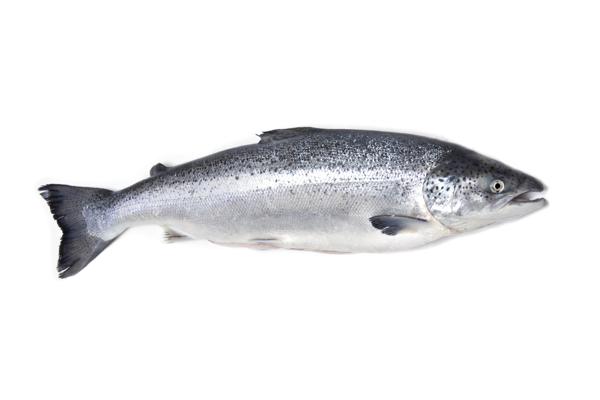 ➜ Eastport, the easternmost city in the United States of America, lies in the state of Maine.

➜ While the capital of Maine is Augusta, Portland is its biggest city.

➜ The total area of Aroostook county – measuring 6,453 square miles – is larger than Connecticut and Rhode Island put together. 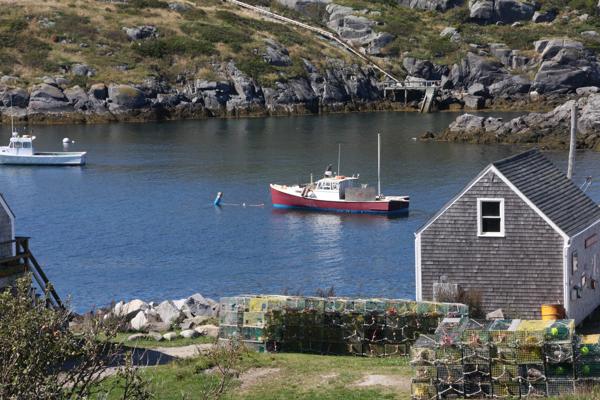 ➜ Maine is almost as big as all the New England states combined in size.

➜ Almost 90% of the nation’s lobster supply comes from Maine.

➜ Almost 99% of all blueberry supply to the United States can be traced back to Maine.

➜ About 90% of the toothpicks available in America are manufactured in Maine. 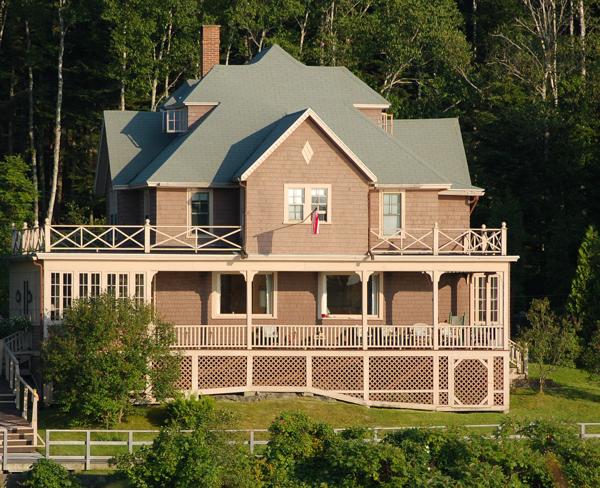 ➜ Maine is the only state in America that shares its border with only one other state (New Hampshire).

➜ In 1623, America’s first sawmill was established in York, Maine. 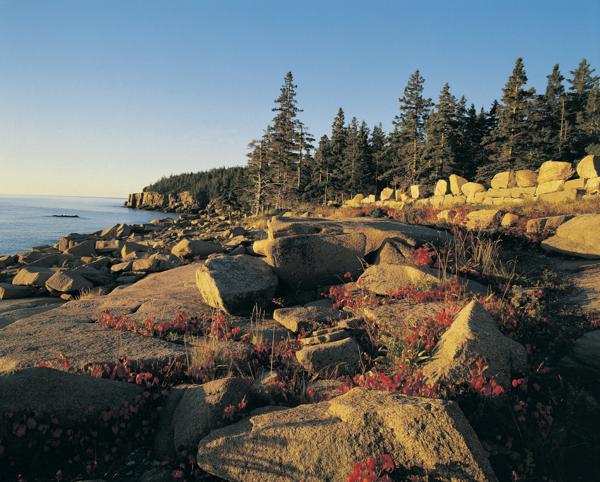 ➜ A whopping 542,629 acres of Maine is a part of national and state parks. 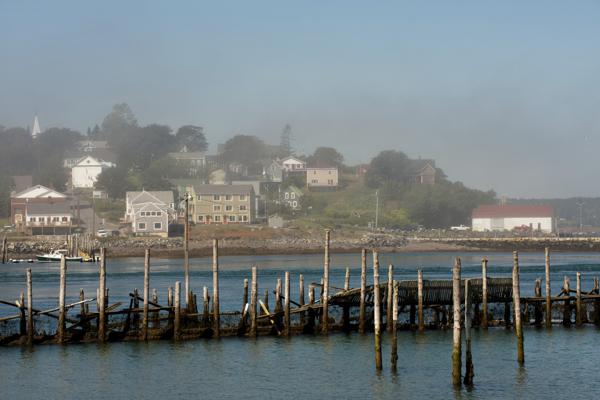 ➜ The state of Maine is estimated to contain 6,000 lakes and ponds.

➜ The springs seen in the western areas of Maine are the main sources used to produce bottled water. 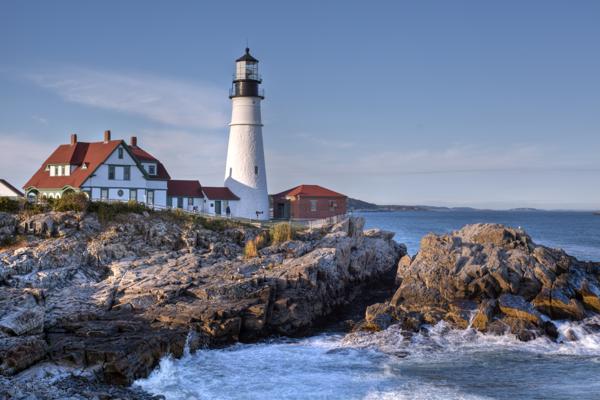 ➜ Apart from the beautiful forests, Maine is also known for its gorgeous coastlands. These coastal areas are dotted with lighthouses (Over 60 lighthouses!), and the jagged rocks only add to the beauty of the place. 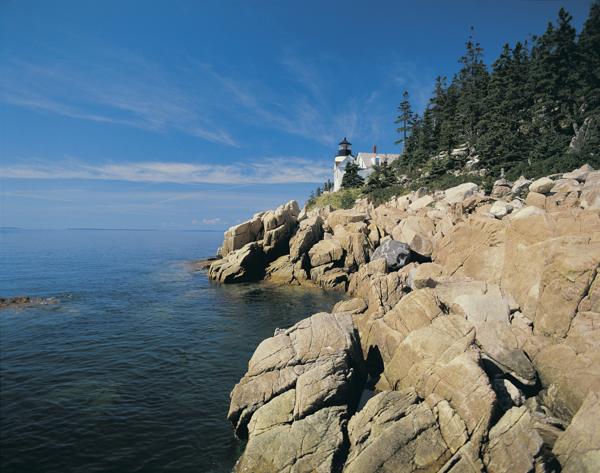 ➜ It is illegal to stroll down the street while playing a violin in Augusta.

➜ It is illegal to gamble at the airport in Biddeford.

➜ It is illegal to blow one’s nose in public in Waterford.

➜ It is illegal for a tenant to bite his/her landlord in Rumford.

➜ The most money an individual gambling in Maine can win is … wait for it … THREE DOLLARS!

➜ No person has the legal right to step out of an airplane flying over Maine’s airspace.

➜ Maine administration holds the right to charge any individual a stipulated fine if Christmas decorations are not pulled down before or on 14th January.

Born in Portland, Maine, King has gone on to become one of the finest and arguably the most popular author of the horror genre of our times. King currently resides in Bangor, Maine.

Rockefeller was born in Bar Harbor, Maine, and went on to become a prominent figure in U.S.A.’s public life and political circles. A part of Acadia National Park, which stands on Mt. Desert today, was originally Rockefeller’s family property, donated to the national administration.

One of America’s best loved poet, Longfellow was born and brought up in Portland, Maine. Longfellow was also the head of the Modern Languages in Bowdoin College, Brunswick.

Grey’s Anatomy star Patrick Dempsey was born in Lewsiton and grew up in Buckfield. More known for his acting skills these days, Dempsey is also a skilled juggler and had given the National Juggling Championship a try in his youth, where he stood joint second.

Maine is a state rich in history. It is the first location where the English tried to establish their colony. It is like a treasure cove – the more you dig, the more you unearth! 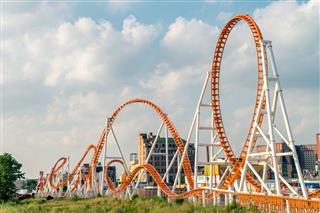 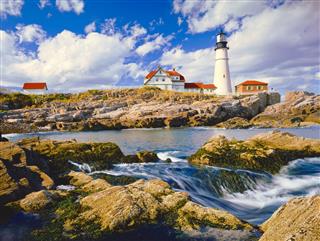 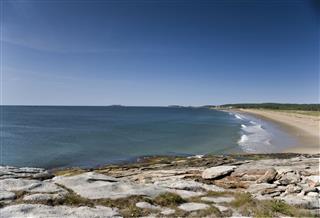