A Peek at the Native Hawaiian Culture, History, and Beliefs

Marked by the indelible traces of a rich culture, traditions, art, costumes, music et al., the Native Hawaiian culture is perhaps little explored and lesser known. In this UStravelia article, we shall tell you about the Native Hawaiian culture, its history, and their beliefs. The culture has its roots in the Polynesian population that explored the lands of New Zealand and Hawaii and settled there a very long time ago.

Home / Uncategorized / A Peek at the Native Hawaiian Culture, History, and Beliefs 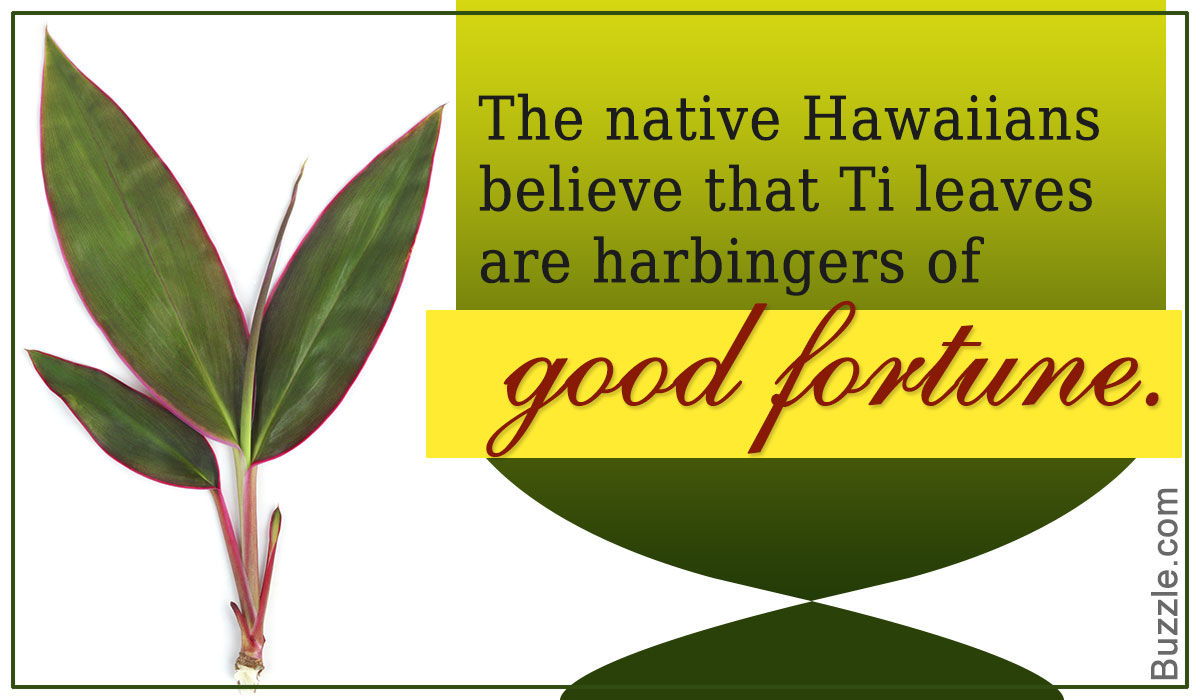 Marked by the indelible traces of a rich culture, traditions, art, costumes, music et al., the Native Hawaiian culture is perhaps little explored and lesser known. In this UStravelia article, we shall tell you about the Native Hawaiian culture, its history, and their beliefs. The culture has its roots in the Polynesian population that explored the lands of New Zealand and Hawaii and settled there a very long time ago. 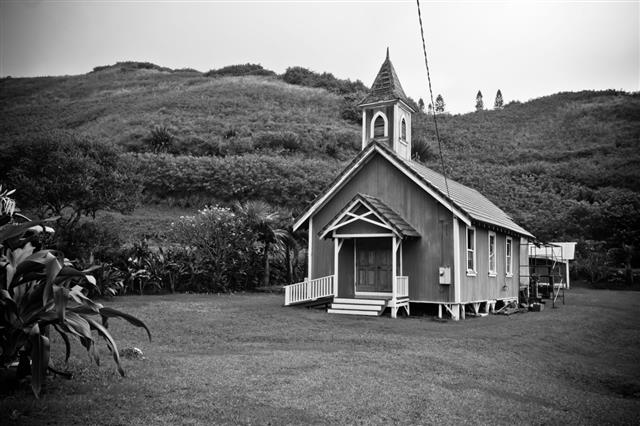 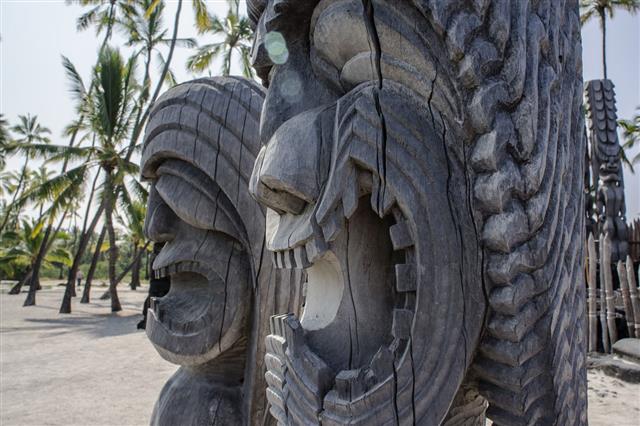 It’s not easy to spot a true Hawaiian.

Hawaii is ethnically diverse. Almost each Hawaiian has a multi-ethnic background. This makes it tricky to spot a true Hawaiian.

Hawaii, also known as the Big Island, is one of the most sought-after travel destinations for people across the globe. Distinguished by the presence of a picturesque sea, pristine beaches, and many volcanoes, the place has its own charm, and so do the people living there. In the present times, Hawaii has influenced people from the west and the ones who settled here for a long time in the past. The natives, as well as those who came and settled here have woven the colorful culture of the Hawaiian islands. In the subsequent paragraphs of this UStravelia article, we shall look into the different aspects of the culture and beliefs of the native Hawaiians, their cuisine, clothing, religion, beliefs, and more.

In 1778, James Cook sailed into the beautiful Hawaii islands. The approximate number of the native Hawaiians at that time was about 400,000. But with the English settlers, this number dropped to merely 40,000 with the turn of the century.

The island was separated from the rest of the world. The natives died of diseases that were totally unheard of, during that time. Measles, smallpox, whooping cough, and STD caused several deaths.

The Hawaiians believe that they were created by the Mother Earth, and the Sky Father. They have definite names, Papa and Wākea respectively.

Two most important aspects of the Hawaiians are land and family. Aina is the word used for land, and Ohana is the Hawaiian word for family.

In the Hawaiian culture, a family is not determined by blood relations and immediate family connection only, but is rather marked by the prosperity and well-being of the entire clan.

The legends hold that the union of Papa and Wākea culminated in the birth of a stillborn child, who was eventually buried in the earth. The buried dead child resulted in the formation of Hāloa, which is a plant with a deep-rooted stem. It has broad leaves.

The second child that was born to the couple was also named Hāloa who was sent to the Hawaiian islands. From him evolved the Hawaiians. The literal meaning of Hāloa is ‘long stem’. The plant is known as Kalo.

A native Hawaiian is not just anyone who lives and earns a livelihood in Hawaii. He is someone who actually shares his cultural roots, beliefs, and traditions with the people of the Polynesian lineage.

They are in fact the aboriginals of the island, the native Hawaiians. They are known in local terminology as kanaka maoli.

Polynesians voyaged into the island of Hawaii around the 5th century AD. However, according to the 2010 Census reports, there are only 8000 pure Hawaiians with no racial diversity.

Kanaka Maoli are the native Hawaiians in the truest sense. Before Cook’s arrival to these beautiful islands, the Hawaiian society was divided into several strata.

There was a prominent caste system, and each caste had a fixed role to play. They were a well-organized and self-sufficient group of people with an indigenous language, culture, rites, and rituals.

They had a wholesome lifestyle. The foreign expedition took a toll on the lives of the native Hawaiians.

The base of their existence was tilted with severe irreversible alterations to their lifestyle, values, beliefs, and way of life. One of the many alien systems that were forced upon the Kanaka Maoli tribe was the introduction of land ownership.

Prior to this, the native Hawaiians were clueless about individual ownership of land, for land was not merely a piece of the earth. For them, it was like their mother. Land was now used by the invaders for their own requirements, without allotting any of it to the locals. Kanaka Maoli were left without any land of their own.

As mentioned earlier, Papa and Wākea are the highly revered deities of the native Hawaiians. Apart from them, there are other deities held in high regard by the Kanaka Maoli tribe. Take a look at some of them: 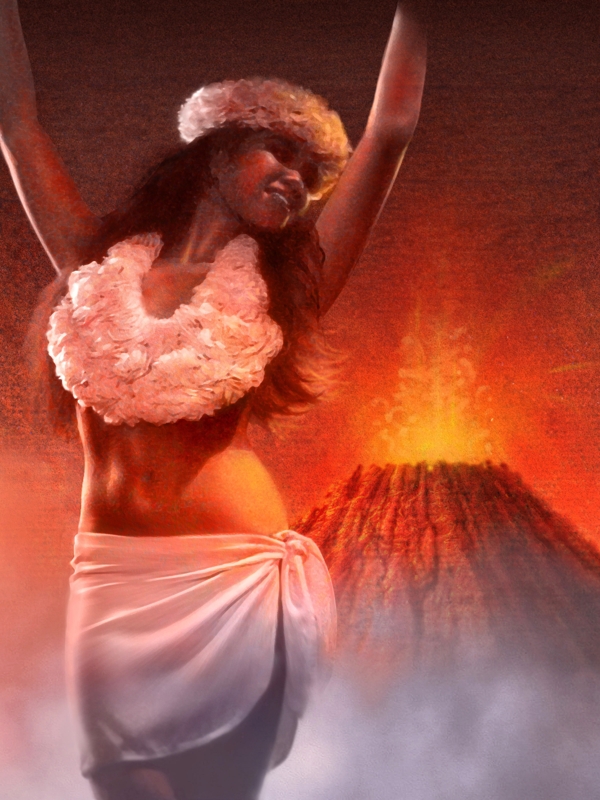 Kanaloa is the god of oceans. He is also worshiped for his influence in voyage and travel, and in the healing of the sick. Kāne is known to be a friend of Kanaloa. There are stories which say how the two traveled for miles together. They were also responsible for making several water resources. They were fond of having awa that had sedative and anesthetic properties.

He is known as the god of war in the ancient Hawaiian culture. He is also worshiped by people before undertaking any architectural work.

Note: Lono, Ku, Kanaloa, and Kāne are together known as the Hawaiian Tiki Gods. 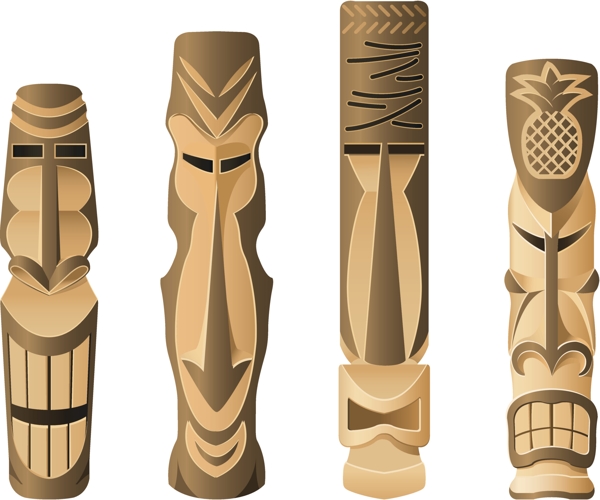 According to the native Hawaiian culture, apart from land, family, love, what is vital for living is the mana. It is the life energy that makes or mars an individual. It is a spiritual power attained by virtues and good deeds. According to Hawaiian legends, mana is in the bones of an individual. The native Hawaiians lived and enhanced their mana through the course of their life. 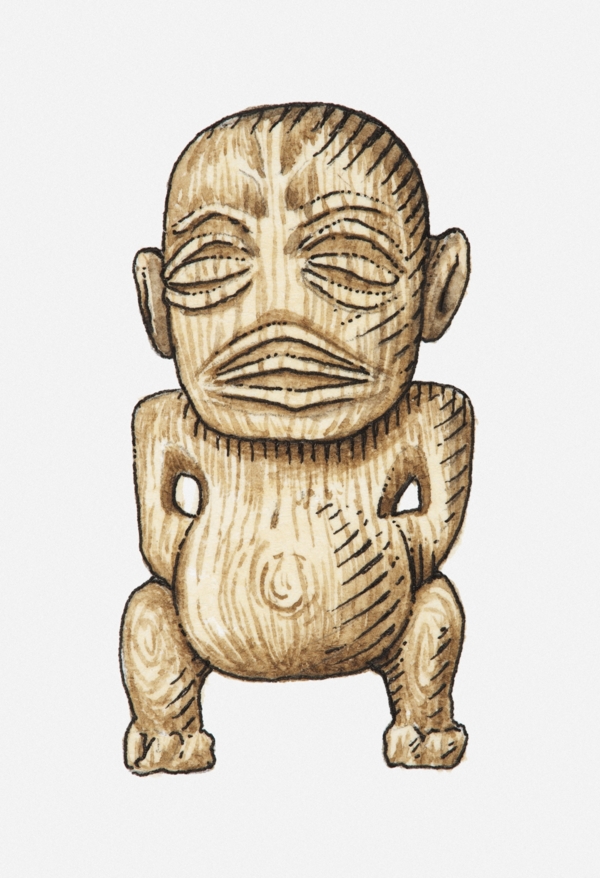 In the Hawaiian legends, Menehunes are mythical dwarfs who were the first dwellers of the land, and possessed excellent craftsmanship. They were present in the island even before the Polynesians arrived. They avert the human glance and therefore reside in the deep forests. There are many lores about them that have passed down across generations. But one noteworthy point is that these creatures, though attributed with good qualities, are also known to trick the Hawaiians. It is doubted whether they really existed. These creatures used to build marvels. Fish ponds, dams, buildings, and temples were built by them, but only in the dark of the night, away from human vision. These dwarfs loved fishing. There are claims by many that these dwarfs still exist.

The traditional food of the native Hawaiians was very healthy that prepared them for physical labor without losing vitality. It consisted of seafood, birds, chicken, greens, and herbs. The contents of cholesterol, fat, and sodium were limited. The food was a rich source of carbs and proteins. The native traditional Hawaiian feast is known as lū’au. One of their traditional delicacies is Poi, which has taro as the key ingredients apart from other roots and stems. 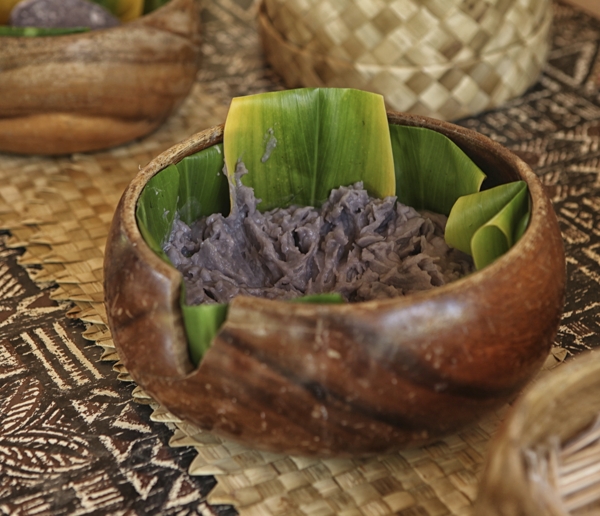 Ōlelo Hawaiʻi is the native language of the Hawaiians. They didn’t have any written script, but with the intervention of Cook and also the missionaries, there came up a script for the language. But when the USA annexed the island, Hawaiian language was banned. However, the language is now reviving.

The clothes of the native Hawaiians were very comfortable in order to combat the extreme heat of the land. They used kapa trees to make their clothing. The men wore malo and the women wore pau. Malo is a simple loincloth and pau, a skirt. They also sported a shawl or cloak over the shoulders. 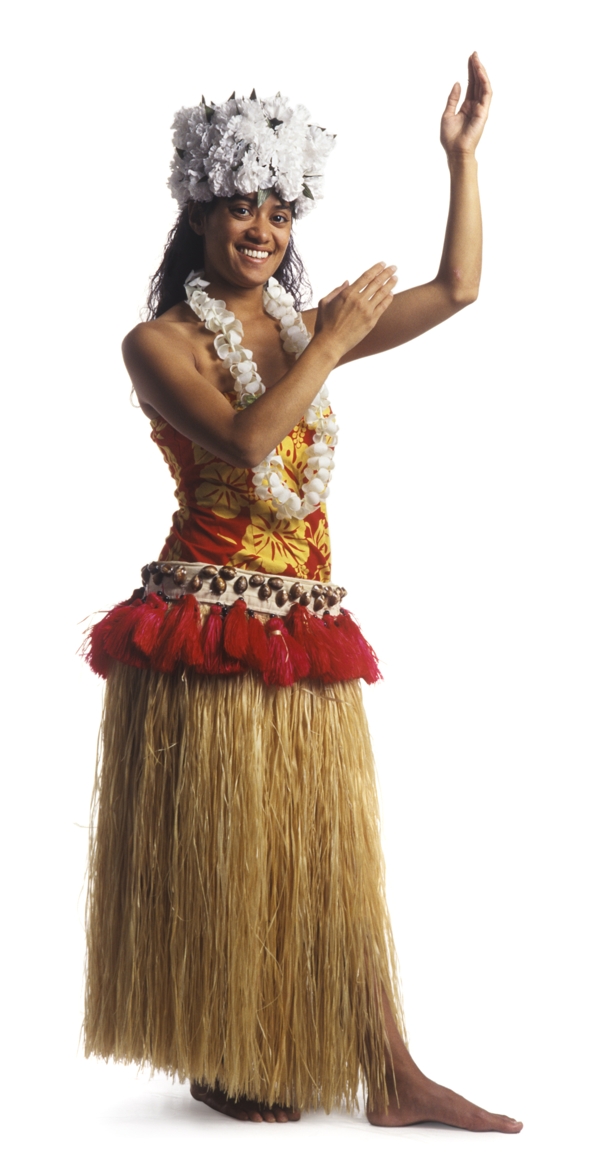 1. The Ti leaves are associated with warding off the evil and bringing in good fortune. They are also used in religious ceremonies.

2. It is not advisable to carry pork on the Pali Highway, failing which the vehicle used for traveling will definitely break down. Pele had an affair with Kamapua’a who was a half-man, half-god. Since the both split, Pele doesn’t allow pork to come to her side of the island.

3. Ohia and Lehua were young lovers who were separated by Pele. Pele wanted to have Ohia for herself, and when she was refused by him, she used her magical powers to convert him into a tree. Eventually, Lehua was converted into a flower that was set atop the tree. Anyone who plucks the flower invites wrath by bringing drastic changes to the otherwise sunny and bright temperature.

4. It is also believed that the rocks from the Hawaiian islands are not to be taken elsewhere, not even as souvenirs. This angers Pele. Anyone who does it invites bad luck till the items are returned.

5. Pregnant women shouldn’t be wearing closed flower leis. Wearing one indicates that the child will suffer from strangulation caused by the umbilical cord. 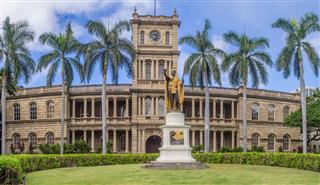 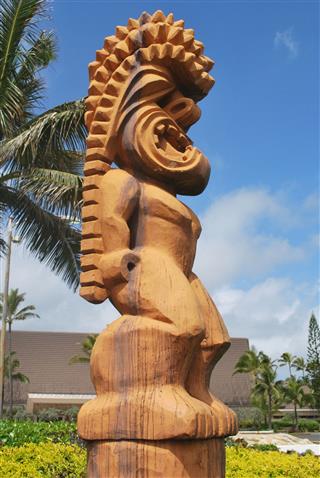 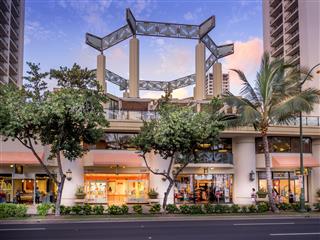 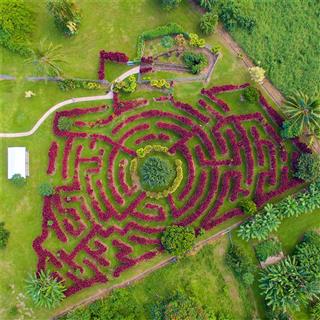 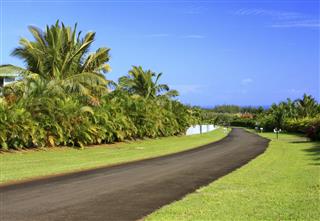