Curious About the 4 Main Regions of Texas? Check This Out!

Texas is the second-largest state in the United States. Not only is it famous for its cowboy movies, but home to some major industries that support the economy of America. Here, we talk about the geographical regions that cover its landscape.

Home / Uncategorized / Curious About the 4 Main Regions of Texas? Check This Out! 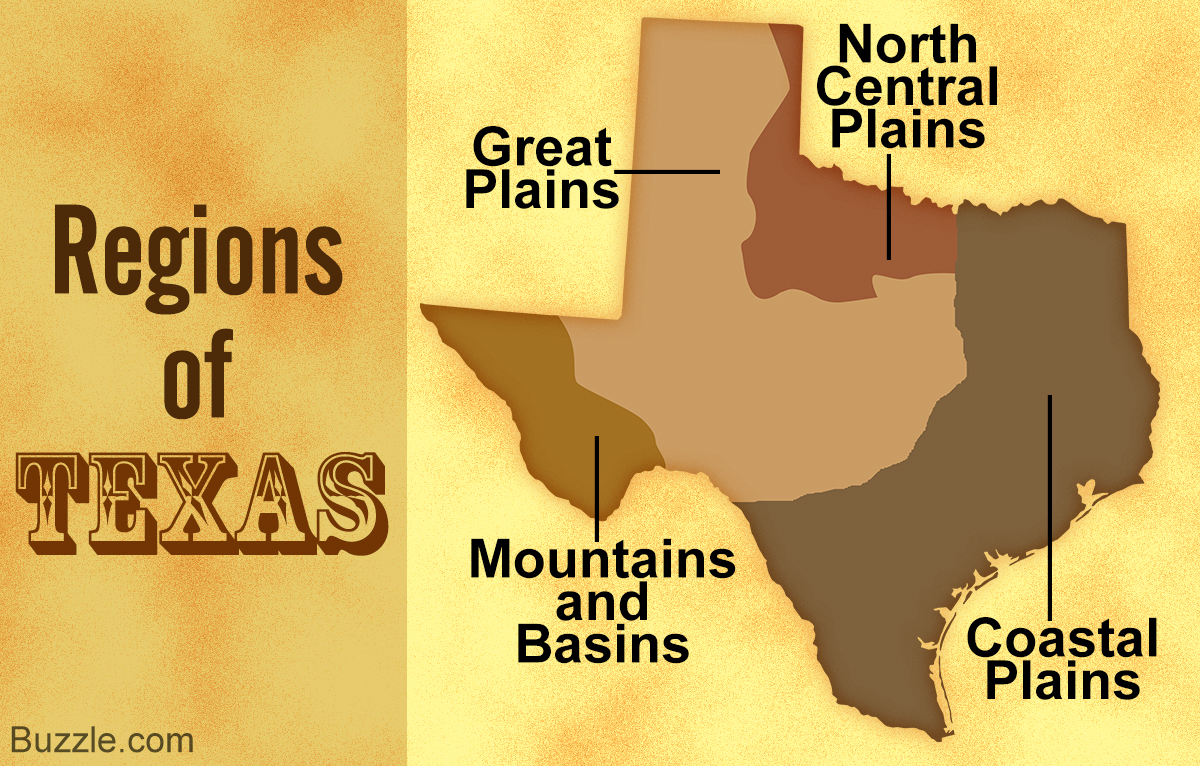 Texas is the second-largest state in the United States. Not only is it famous for its cowboy movies, but home to some major industries that support the economy of America. Here, we talk about the geographical regions that cover its landscape.

Texas got its name from the Caddo Indians of Eastern Texas that called their tribe ‘Tejas’, which means ‘those who are friends’.

The state of Texas has gained a reputation for gunslinger battles, and popularized the cowboys as symbols synonymous with the South. But in reality, Texas is the second-largest state after Alaska, and has the lowest unemployment rate at 6.4%. It still retains its original flag, and is known as the Lone Star State, as a reminder of being a free republic before being annexed into the United States.

It shares a natural border with the four US states of New Mexico, Arkansas, Louisiana, and Oklahoma, as well as the Mexican states of Tamaulipas, Nuevo León, Coahuila, and Chihuahua.

It has 3,700 streams, 15 major rivers, and 100 artificial reservoirs. It is home to 213 species of reptiles and amphibians, 65 species of mammals, and 590 native bird species. The state of Texas has a 75% Spanish-speaking population.

Since Texas is too huge of a landscape and pertains to different climate zones, this article gives you information about the 4 regions, and its unique characteristics that make the state so diverse. 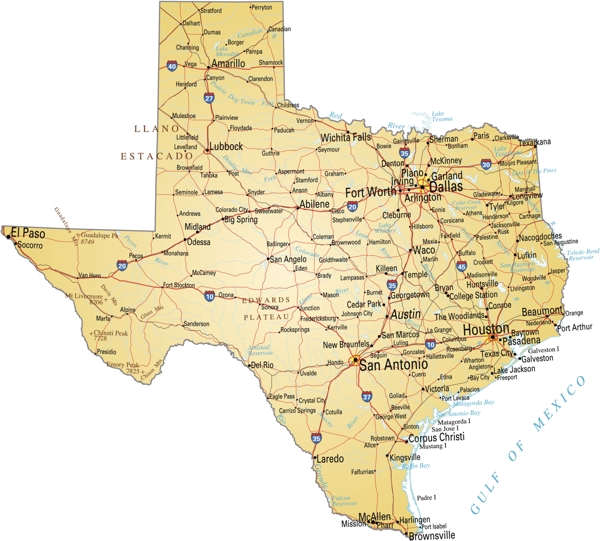 The North Central Plains is a small region, surrounded by Caprock Escarpment to the west, the Edwards Plateau to the south, and the Eastern Cross Timbers to the east. It is situated at a higher altitude than the Coastal Plains.

It has temperamental weather, with the winters being colder and the summers getting hotter. The region receives adequate rainfall, and the crops of radishes, tomatoes, carrots, and pumpkins are grown easily. Because of the flat lands surrounding this area, it’s home to the largest cattle ranches in the state. It is a frequent target for tornadoes though.

The major cities in this region are Fort Worth, Abilene, and San Angelo. Fort Worth is a manufacturing center for airplanes, computers, and clothing. Abilene and San Angelo are marketing centers for wool and mohair. Denton is a major city for students, as the University of North Texas and Texas Woman’s University are situated here. Brownwood is an important center of regional trade and distribution.

The North Central Plains are further divided into the sub-sections of Cross Timbers, the Grand Prairie, and the Rolling Plains.

The Cross Timbers, as the name suggests, has trees that include hickories, pecans, elms, blackjack oaks, and post oaks.

The Grand Prairie is covered with trees and shrubs. The crops grown here are cotton, grain sorghum, wheat, corn, and peanuts. There are two communities located in the southern part, Killeen and Copperas Cove.

The Rolling Plains are called so due to the landscape being filled with buttes, mesas, and flat-topped hills. One of the larger communities is Wichita Falls, located near the Texas-Oklahoma border

Spanish peanuts are grown aplenty due to the tolerance of dry spells.

The Great Plains is bordered on the east by the Caprock Escarpment, and the Balcones Fault to the southeast. It includes the cities of Austin, San Angelo, Midland, Odessa, Lubbock, and Amarillo. It has scanty rainfall of 16 – 20 inches annually, and is frequented by dust storms. The area is divided into 3 sub-sections of Edwards Plateau, Llano Basin (Hill Country), and the High Plains.

Edwards Plateau is covered with trees of cedar, mesquite, and small oak. One of the main occupations is the shearing of Angora goats, which is used for making mohair. The Edwards Aquifer is an underground water well that supplies water to San Antonio and the communities living below the Balcones Escarpment.

Del Rio is the largest city on the Rio Grande. It’s an entry point for Mexicans to enter the Texan border. Kerrville is a retirement community and has exotic game ranches, while Fredericksburg is famous for its peaches. Hill Country is home to deer-hunting ranches, and is also the home of former President Lyndon Johnson.

The Llano Basin has the towns of Brady, San Saba, and Mason, and is a center for hunting, tourism, and livestock production.

The High Plains is home to the city of Lubbock, which has the world’s largest cottonseed processing industry. Lubbock is also home to Texas Tech University. Amarillo, another major city, is a hub for wheat distribution, and serves parts of New Mexico, Kansas, Texas, and Oklahoma.

The Permian Basin is a petroleum-producing area, with two major cities of Midland and Odessa a few miles apart.

The Mountains and Basins region falls in extreme western Texas, west of the Pecos River, beginning with the Davis Mountains on the east and the Rio Grande to its west and south.

It receives only 12 inches of rainfall a year. Majority of the population live in the city of El Paso. The natural vegetation includes creosote bush, yucca, and cactus. This region is home to many mountains, mainly the Guadalupe Peak, which stands at 8,749 feet in height, and El Capitán, which stands at 8,085 feet above ground. Mount Livermore is the highest peak, and stands at 8,738 feet tall. The south side of Davis Mountains is called the Big Bend Country, due to a sharp bend in the Rio Grande Valley.

Petroleum and natural gas resources lie in the Mountains and Basins region. Minerals like shale rock, clay, and limestone is used in the production of cement. 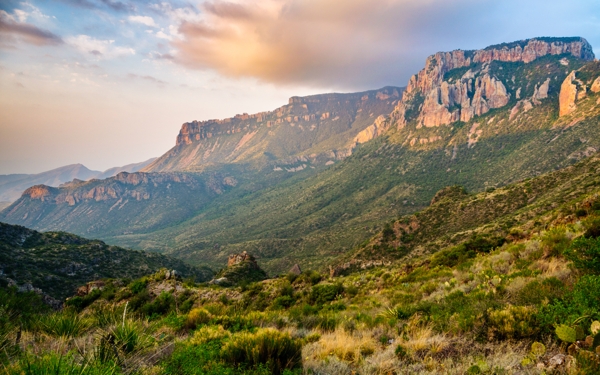 The city of El Paso is famous for oil-refining factories, as well as the production of paint, artificial rubber, ceramics, and cement. Pecos, in Reeves County, is famous for its cantaloupes. 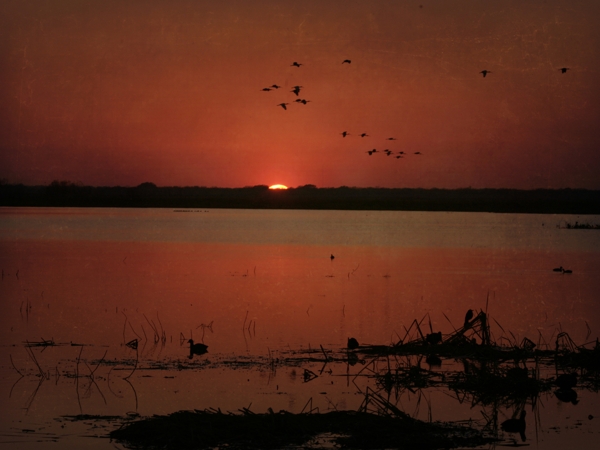 The Coastal Plains covers one-third of the land in Texas. It receives 30 – 55 inches of rainfall a year, and is frequented by hurricanes in the coastal areas. The area is further divided into the sub-regions of Piney Woods, South Texas Plain, Blackland Prairie, Post Oak Belt, and the Gulf Coastal Plains. It includes three major rivers of Colorado, Brazos, and Trinity.

The Piney Woods gets its name from the pine trees that cover the area. It has four national forests of Sabine, Sam Houston, Angelina, and Davy Crockett. It covers the areas of Texarkana, a manufacturing and medical center, Longview, an industrial center, and Nacogdoches, home to the Stephen F. Austin State University, while Huntsville is home to the headquarters of the Texas Department of Criminal Justice and Sam Houston State University.

The area of Gulf Coastal Plains grows many crops such as rice, grain sorghum, and cotton. Two large cities of Houston and Corpus Christi envelop this area, with Houston housing nearly 2 million people. Houston has the Johnson Space Center, which provides astronaut training. Other cities include Galveston, Beaumont, and Victoria. Galveston is a famous tourist spot, and known for fishing and shipping. Victoria is a hub for agriculture and petrochemical production.

The Post Oak Belt is home to close to 150,000 people, and the Texas A&M University. The crops grown in the area include peanuts, pecans, hay, corn, grains, cotton, watermelons, peaches, and Christmas trees. Tyler, the largest city in the Post Oak Belt, is famous for producing rosebushes.

The Blackland Prairie is home to the cities of Dallas, San Antonio, and Austin. It also consists of the smaller cities of Waco and Sherman. Dallas serves as headquarters to the Boy Scouts of America as well as the Dallas-Fort Worth International Airport. San Antonio acts as a distribution center, as well as tourist attraction for spots such as River Walk, the Alamo, Fiesta Texas, and the Institute of Texan Cultures.

The South Texas Plains earn their livelihood through agriculture and farming-related industries. The city of Laredo is located on the Rio Grande, and is the chief gateway for Mexican and American trucks carrying products. It is one of the largest producers of oranges, grapefruit, and lemons. Brownsville is another gateway to Mexico, and focuses on farming and tourism. Other communities include McAllen, Edinburg, and Harlingen.