118 Famous Texas Sayings and Phrases Along With Their Meanings

Wondering what "he's double-backboned" means? Well, it's just a Texas phrase meaning brave. We have many more such sayings and phrases in this UStravelia post. Check them out. 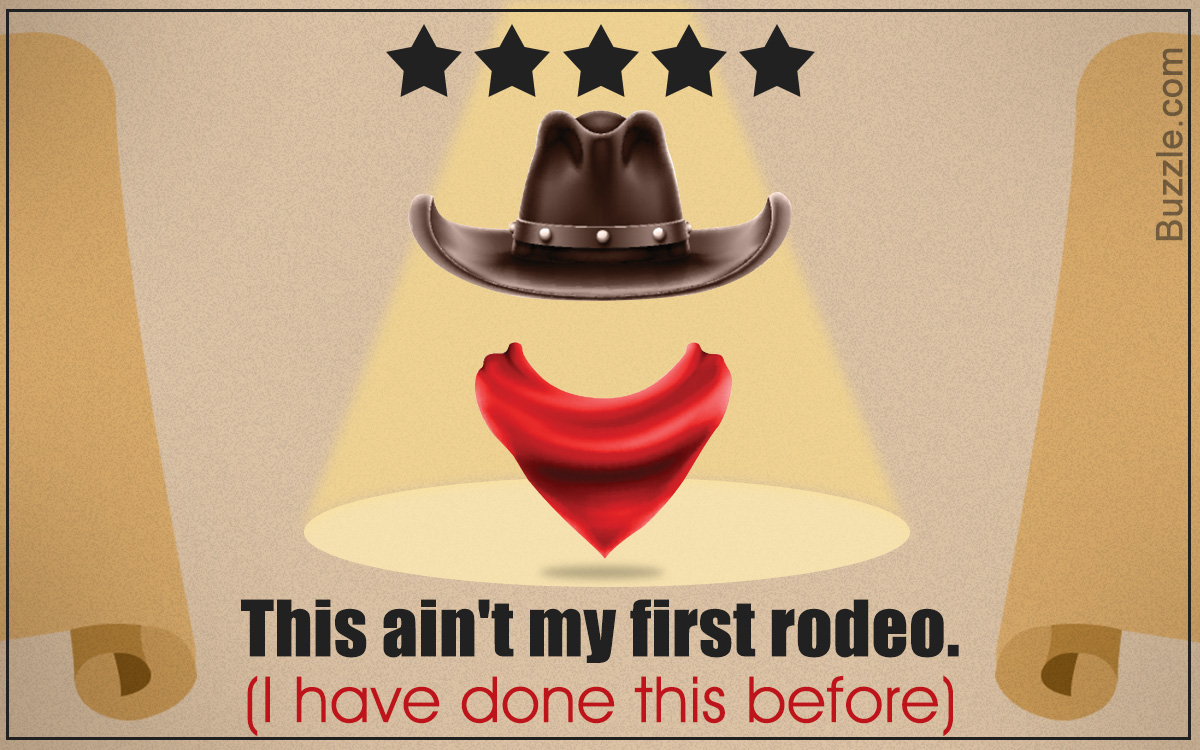 Wondering what "he’s double-backboned" means? Well, it’s just a Texas phrase meaning brave. We have many more such sayings and phrases in this UStravelia post. Check them out.

Texans are an interesting bunch of people, and so is their language. Everybody is aware of the Texas pride. Southern charm and wittiness makes for an amazing read, but sometimes the phrases and sayings can literally go above your head. The weather is never described as hot or cold; something like hot enough to fry eggs on the sidewalk will be used. So, if you are going to visit Texas in the near future, just go through these phrases; it will save you from confusion and awkwardness.

And yes, you can even use a phrase or two to impress someone or boast in front of your friends. Like they say down south, as full of wind as a corn-eating horse.

Common Texas Phrases
Y’all: Y’all when referring to a single person. All y’all when referring to a group of people.
Coke: Coke refers to any soda or pop. If you ask for coke, you’ll be asked which one.
Fixin’ To: Fixin’ To does not even remotely mean fixing something. It is just like I am going to….
Do wut?: Do wut? is like excuse me or pardon me.
Bowed up: Bowed up means that someone is very angry.
Tea: Tea is always sweetened ice tea in Texas. In case you want something else, tell it beforehand.
Not plum but pert near: Not plum but pert near means that the situation is not ideal, but workable.
Neighbor: Neighbor does not mean just your physical neighbor in Texas. It could be any person you know, living anywhere.
Sayings used to describe something/someone
Boastful
Mean
Ugly
Crazy
Pretty
Good
Useless
Noisy
Immoral
Dumb
Problem
Talkative
Goodbye
Fast
Hot
Cold
Poor
Lucky
Cheap
Big
Experience
Drinking
Texas Sayings
« Previous Post
Next Post »